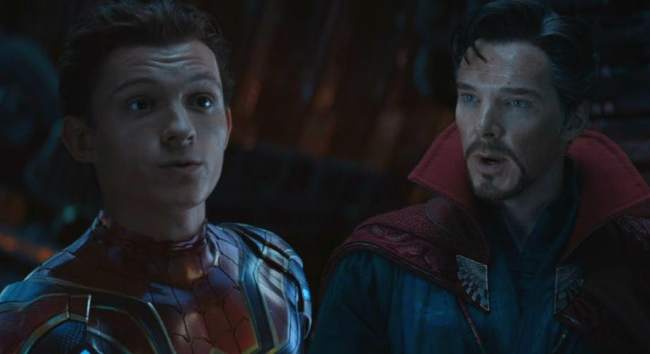 Man, poor Doctor Strange, huh? The dude has *really* got his hands full these days, you know, with the whole multiverse-collapsing-in-on-reality thing. He’s got Loki raising all sorts of hell across the timeline and Wanda opening doors to nightmarish dimensions. Not to mention he’s got Baron Mordo now working against him, as an official Deadline article reporting on Chiwetel Ejiofor’s return characterized Mordo as “Strange’s compatriot-turned-nemesis Karl Mordo.” No rest for the magical, I suppose.

Doctor Strange when he finds out what the fuck Wanda and Loki have been up to#Loki pic.twitter.com/xjVwxvk9je

Whatever Doc Strange is doing to counteract all of this multiversal chaos — Perhaps even, dare I say, assembling an army of Doctor Stranges from other timelines? That’s what I’d do. —  will likely become clearer later this year, as the Sorcerer Supreme is set to appear in Spider-Man: No Way Home, which is sure to feature plenty of multiversal madness given the confirmation that both Alfred Molina’s Doc Ock (Spider-Man 2, 2004) and Jamie Foxx’s Electro (The Amazing Spider-Man 2, 2014) will return.

In a recently leaked set photo, Tom Holland’s Spider-Man can be seen greeting (or saying goodbye to) Benedict Cumberbatch’s Doctor Strange at the entry of the Sanctum Santorum.

The photo shows Doctor Strange greeting Spider-Man in front of what appears to be the NY Sanctum Santorum, as well as featuring a F.E.A.S.T truck! pic.twitter.com/0Xo5qVK3yV

In addition to Doctor Strange, eagle-eyed fans — particularly those who played Spider-Man on PlayStation 4 — also noticed the white F.E.A.S.T. truck in the background. Founded by Martin Li, a.k.a. Spider-Man villain Mister Negative, F.E.A.S.T. is essentially a homeless charity by day and a criminal organization by night, which Li uses to run his gang, the Inner Demons. 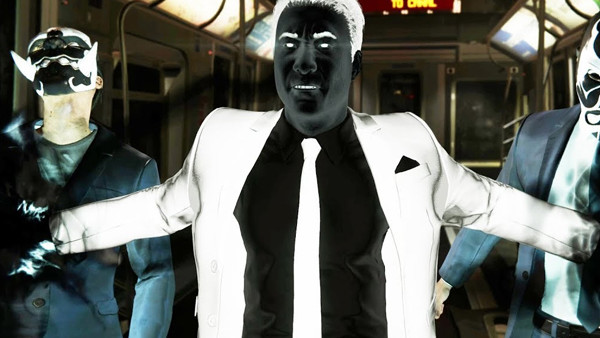 Spider-Man: No Way Home — the fourth film in the Marvel Cinematic Universe’s Phase 4 following Black Widow (July 9), Shang-Chi and the Legend of the Ten Rings (September 3), and Eternals (November 5) —stars Tom Holland as Peter Parker/Spider-Man, Zendaya as MJ, Benedict Cumberbatch as Doctor Strange, Jamie Foxx as Electro, Alfred Molina as Doctor Octopus, Marisa Tomei as May Parker, and perhaps a few more surprises, such as Andrew Garfield and Tobey Maguire as their respective versions of Spider-Man, although their returns have yet to be officially confirmed.

The film will (hopefully) hit theaters in the United States on Friday, December 17.