Kevin Hart Blasts Cancel Culture: ‘When Did We Get To A Point Where Life Was Supposed To Be Perfect?’ 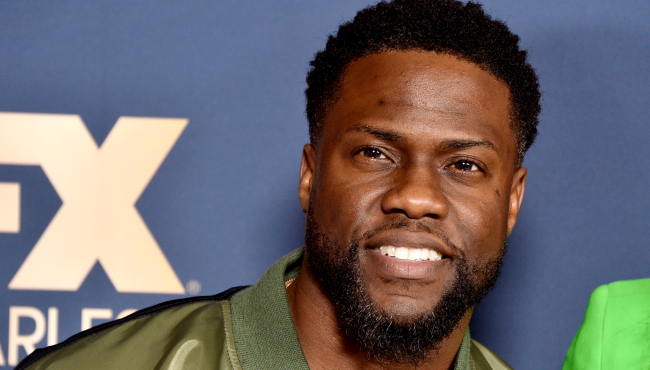 Much like his fellow stand-up comedians Chris Rock and Katt Williams, Kevin Hart has had enough with all the talk about today’s cancel culture.

Speaking to The Sunday Times, Hart talks about cancel culture has reshaped comedy, including how the things people have said in the past, in a different cultural climate, can come back and “bite you in the ass.”

“If somebody has done something truly damaging then, absolutely, a consequence should be attached,” said Hart. “But when you just talk about… nonsense? When you’re talking, ‘Someone said! They need to be taken [down]!’ Shut the f–k up! What are you talking about?

“When did we get to a point where life was supposed to be perfect? Where people were supposed to operate perfectly all the time? I don’t understand. I don’t expect perfection from my kids. I don’t expect it from my wife, friends, employees. Because, last I checked, the only way you grow up is from f–king up. I don’t know a kid who hasn’t f–ked up or done some dumb sh-t.”

Related: Kevin Hart’s Personal Shopper Arrested For Buying Over $1 Million Worth Of Stuff For Himself

Hart’s perspective on cancel culture has been shaped by the fact that, well, he himself has supposedly been cancelled, on multiple occasions, and so have some of his friends like Ellen DeGeneres.

“I’ve been canceled, what, three or four times? Never bothered. If you allow it to have an effect on you, it will. Personally?” said the 41-year-old Hart. “That’s not how I operate. I understand people are human. Everyone can change.”

“It’s like jail,” Hart continued. “People get locked up so they can be taught a lesson. When they get out, they are supposed to be better. But if they come out and people go, ‘I’m not giving you a job because you were in jail’ — then what the f–k did I go to jail for? That was my punishment — how do you not give those people a shot? They’re saying that all life should be over because of a mistake? Your life should end and there should be no opportunity to change? What are you talking about? And who are you to make that decision?”

As for how people treat comedy in today’s cancel culture, Hart says, “It’s about the intent behind what you say — there’s an assumption it’s always bad and, somehow, we forgot comedians are going for the laugh. You’re not saying something to make people angry. That’s not why I’m on stage. I’m trying to make you laugh and if I did not make you laugh I failed. That’s my consequence.”

Hart adds that he believes not everything in this world needs to be so cut and dried.

“It’s okay to not like what someone did and to say that person wasn’t for me,” said Hart. “We are so caught up in everybody feeling like they have to be right and their way is the only way.”