BrainGate: KFC Responds To Customer Who Discovered ‘Brain-Like’ Monstrosity In Her Family Bucket 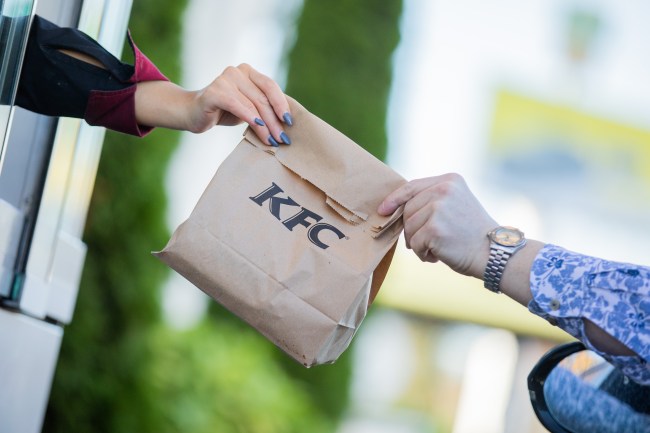 Anyone try the new Cajun Deep Fried Brain from KFC? I’ve been meaning to try it but I’m working through the human remains I’ve stored in my basement freezer first.

Luckily, a 23-year-old foodie from London gave it a go and she has notes.

According to MyLondon, Rebecca McLoughlin ordered a family bucket from a local KFC branch in Harrow Wealdstone and found an Armie Hammer delight.

“One of the pieces I bit into didn’t taste right,” she told MyLondon. “Then I started picking at it and discovered a brain-like piece in the chicken and straight away I panicked and was in pure disgust.”

“My initial thought was don’t throw the piece away. Everyone stopped eating and went looking for the receipt.”

Rebecca immediately called customer support to report the brain and vows to never eat at KFC again after feeling sick the following morning.

The story has since gone international, prompting a KFC spokesperson to address BrainGate.

“Hands up! This doesn’t look great, but it looks like a natural part of the chicken to us. This sometimes happens when dealing with fresh chicken – it’s harmless, but it goes without saying it’s not appealing and shouldn’t be there, so we’re reaching out to the customer to make things right.”

“It looks like a natural part of the chicken to us.”

I’m not a smart man, KFC, but isn’t all parts of a chicken natural? Even it’s doo doo? Am I going to sink my teeth into a chicken shit while eating a 5-piece tenders combo in my car after my wife kicked me out again? Is this what you’re threatening me with, Colonel?

Between KFC having to change it’s finger lickin’ slogan to avoid cancellation and BrainGate, it hasn’t been a productive pandemic for the world’s second-largest restaurant chain.