Can You Guess If These Guys Still Live With Their Parents Just By Looking At Them? 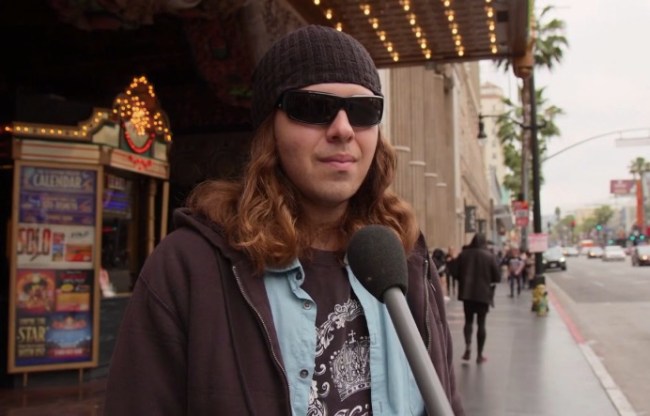 If you haven’t seen this story of the 30-year-old unemployed dude who was evicted by his parents after refusing to get a job, pay rent, or move out then you’re really missing one of the most surreal news stories of 2018. It reads like something straight out of The Onion with this neckbeard representing himself in court, in a case he lost against his parents, and losing the case which means his parents can legally evict him from the musty basement.

The idea is that you can look at this dude and immediately know ‘yep, that 30-year-old is unemployed, lives with his parents, and refuses to move out.’ On Jimmy Kimmel Live last night, they sent a camera crew out on the street to interview people (mostly dudes) and ask them if they still live with their parents. Jimmy then asked the people in attendance last night to guess if that person lives at home with his parents or if s/he lives alone. Let’s check it out:

How did anyone in their right mind think that James from Britain who now lives in Hollywood doesn’t live with his parents? I thought that one was painfully obvious…What wasn’t so obvious is how every dude they stopped for this interview, except for the first guy, still lives at home with his parents. Is this a lot more common than the public knows about or did they just manage to find the perfect selection of people?