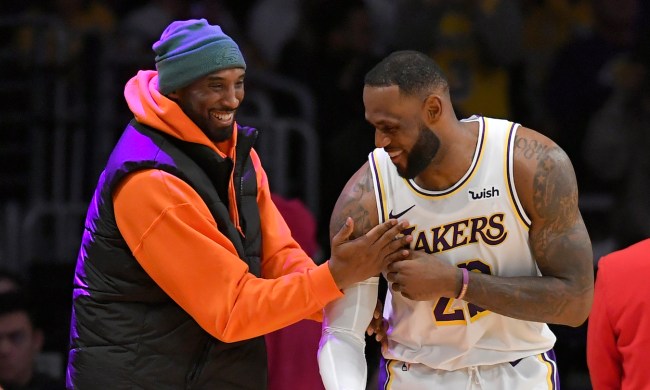 Less than 24 hours prior to his shocking, tragic, and untimely death, NBA legend Kobe Bryant was paying homage to one of his successors for taking over his place in the record books.

Taking to Twitter in what will remain the NBA giant’s final tweet, Bryant sent congratulations to LeBron James for passing him on the NBA’s all-time scoring list.

After scoring 29 points against the Philadelphia 76ers on Saturday night, LeBron passed Bryant’s total of 33,643 points to take over the third spot on the all-time scoring list.

Bryant, who played for the Los Angeles Lakers from 1996 from 2016, won five NBA titles with the iconic California franchise.

Continuing to move the game forward @KingJames. Much respect my brother 💪🏾 #33644

Bryant, just 41-years-old, passed away in a helicopter crash in Calabasas, California, on Sunday, January 26. Bryant was one of nine victims in the crash.

Following the shocking news of the death of basketball legend Kobe Bryant, tributes from all corners of the globe from people of all different walks of life began pouring out. Various NBBA stars and athletes such as Dwayne Wade, Luka Doncic, Kevin Love, Scottie Pippen, Joel Embiid, Tom Brady, Baker Mayfield, Jamal Adams, Justin Verlander, and others all took to Twitter to pay tribute to the late Hall of Famer.