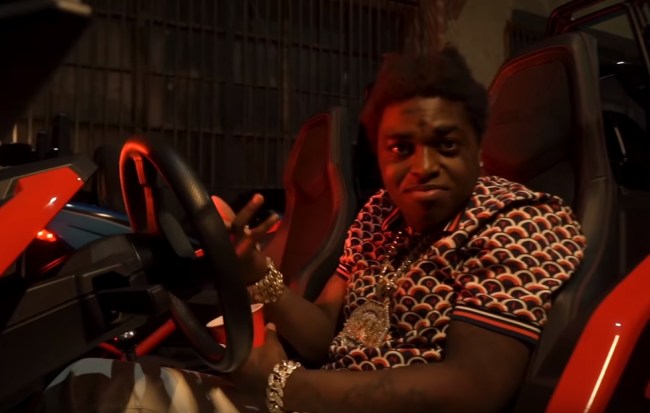 Kodak Black has been in the news lately for trying to shoot his shot with Lauren London, Nipsey Hussle’s widowed girlfriend and mother of their child. He did issue an apology, but not before T.I. and The Game blasted the Florida rapper. Now Kodak Black has been arrested on gun and drug charges at the U.S. border.

Kodak was scheduled to perform at The House of Blues in Boston on Wednesday but was a no-show. Fans waited for hours to see the Zeze rapper, but he never showed up. Local police had to clear the venue after it was apparent that Kodak Black was not performing on Wednesday night. Fans surrounded Kodak’s tour bus and chanted: “F*ck Kodak!”

Kodak Black was too busy getting arrested at the U.S. border getting arrested. Kodak Black attempted to enter the United States from Canada at the Lewiston-Queenston International Bridge in upstate New York near Rochester. Kodak was the driver of a Cadillac Escalade with a temporary California registration with two others.

While attempting to cross the border, U.S. Customs agents found marijuana a Glock 9mm pistol which was undeclared by anyone in the Escalade. Another person who is part of Black’s crew was driving a Porsche, which had three loaded handguns and more weed. One of the guns was a 30-round handgun.

Kodak Black, whose real name is Bill K. Kapri, had his mugshot released.

In August 2016, authorities discovered Kodak had two outstanding criminal warrants from Florence, South Carolina, for felony criminal sexual conduct, and the other in St. Lucie County, Florida, for two counts of misdemeanor marijuana possession. In February of 2017, Kapri was arrested for violating his probation. In January of 2018, Kapri was arrested for appearing on an Instagram Live video showing him smoking weed and handling a gun around a small child.

On Wednesday, Kodak posted photos of himself with these Socrates-esque words of wisdom: “When They Feed You Shit You Make Fertilizer With It.” That’s so deep, but seemingly flawed logic. Isn’t any food you eat turned into fertilizer after it is digested?