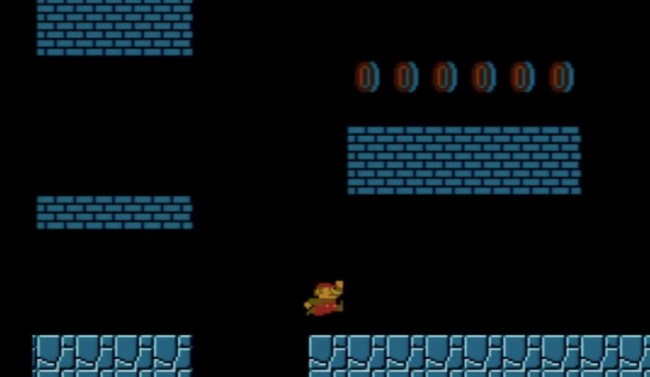 One of the most coveted world records in gaming was broken earlier this week when a speedrunner set the new Super Mario Bros. record by beating the game in lightning fast time.

Speedrunning is the practice of beating videos games in the shortest possible time and it’s done by exploiting tips, tricks, and bugs throughout classic video games to shave nanoseconds off the overall time. In the world of speedrunning, one second is a huuuuuuge amount of time. These records are typically broken by fractions of seconds.

Gamer ‘Kosmicd12’ is well known in the Super Mario Bros. speedrun community and he’s the man who just smashed the world record. He first came to fame a few years ago when he and another speedrunner named Darbian were exchanging world records. He’s back, and he’s on top of the world.

Thanks to the recently discovered glitches that enable the users to skip the end-of-level flagpoles the record has fallen after nearly three years. It all started when ‘Kosmicd12’ tied the existing world record of 4:56.245.

According to Kotaku, after he tied the existing world record down to the milliseconds he decided to ‘to try out a new trick in world 1-2, which would save a single “frame-rule.”’ These frame rules affect how long Super Mario Bros. takes to load the next level and after tweaking his strategy he set the new Super Mario Bros. speedrun world record with an official time of 4:55.913.

That means he was able to beat THE ENTIRE GAME in under 4 minutes and 56 seconds when it used to take me an entire Summer to beat the game.

Here’s the footage of him smashing this world record. It moves so fast that parts of it are hard for me to keep up with.

If you think that was nuts then you’ll love this next one. Some dude broke the Mike Tyson’s Punch-Out speedrun record while blindfolded. Which goes to show just how finely tuned the muscle memory is when completing these speedruns.