On August 26, 1883, the Indonesian volcano dubbed Krakatoa erupted into what still remains as one of the most violent, catastrophic volcanic events in recorded history.

The eruption amounted to the equivalent to 200 megatons of TNT, according to Live Science. For perspective, the bomb that decimated Hiroshima, Japan had a force of 20 kilotons, almost ten thousand times less explosive than the Krakatoa eruption. The explosion was heard 2,970 miles to the west in on the island of Rodrigues in the Indian Ocean, which is the equivalent distance between New York and California. The final explosion is said to be the loudest sound ever recorded in modern times, heard on over 10 percent of the globe. 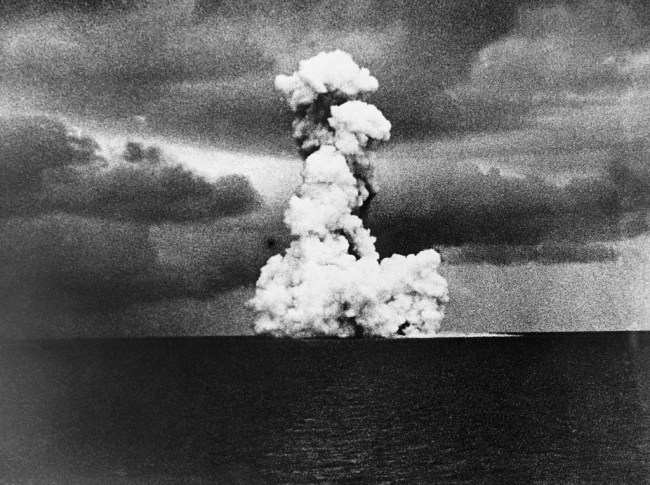 The blast also significantly altered global weather and temperatures for years afterwards. At least 36,417 people died (mostly from thermal damage), 65 villages and towns were destroyed near Krakatoa, and the tsunamis that followed brought upon more devastation to the area.

According to News Au, this show only occurs when the right mix of ash, gas and hot lava bubble up from below the Earth’s surface.

Krakatoa has been giving off signs of reckless activity for a bit of time now. A couple weeks back, a tour boat got up close and personal with the volcano as it was hurling rocks from its caldera, and narrowly escaped its wrath. Check out the amazing video below.

I hear the AirBnB’s around there are super cheap if you bros are looking for a totally safe vacation.