Kumail Nanjiani Has Achieved A Truly Flabbergasting Level Of Swoleness 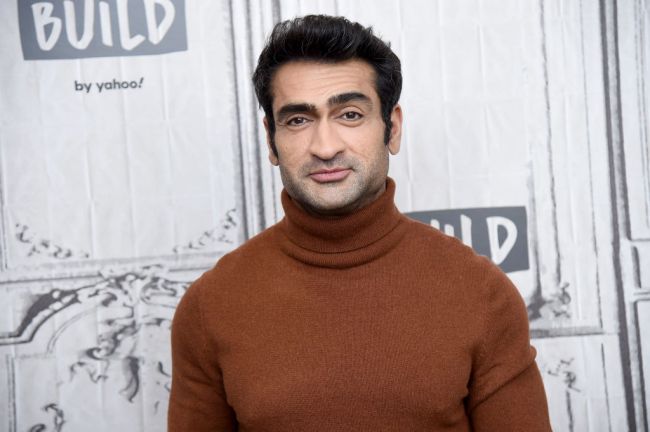 The key to writing a good headline is that you want to be enticing without being cheap. Clickable without being clickbaity. You want to draw the audience in and let them know what’s in store without giving away the whole story. It’s a science that writers have been perfecting for years and will continue to do so until the end of time.

And I take pride in my titles. Being called a Clickbait Artist — that’s not the official vernacular or anything, but let’s roll with it — is the kiss of death for a writer, as it sours both your colleagues and the audience. Sure, websites can be built on such content, but they cannot be sustained. Just look at what’s happened to the street cred of the Buzzfeeds and The Chives of the world.

But sometimes, in the rarest of moments, you need to just ham it up the villain in a cheap 90s action movie. You need to lean right into the fact that what you’re writing about is so absurd that it simply needs to be seen to be believed — it must be clicked. How preposterously yolked Kumail Nanjiani is becoming qualifies as such.

Now, this isn’t the first time Nanjianji has gone viral for his incredible physique, as the internet first lost its mind over his swoleness back in late 2019. The reason Nanjiani has spent recent years bulking up it because he’s starring in Marvel’s Eternals, the upcoming entry into the MCU from (likely) soon-to-be Academy Award winner Chloe Zhao (originally slated to be released November 2020, it will now hit theaters November 2021).

RELATED: Marvel Studios Is Reportedly ‘Almost In Disbelief’ About The Quality Of ‘Eternals’

Obviously, though, Nanjiani wasn’t content to rest on his shredded laurels, as it appears he’s spent the entirety of quarantine living in the gym, with newly released paparazzi photos revealing that he’s arguably twice as big as he was last year.

2/2 Can’t wait to see him in ETERNALS pic.twitter.com/nnDRpjsqfk

As I’ve written about on this website ad nauseam, Eternals is perhaps my most anticipated upcoming Marvel Cinematic Universe, as the combination of talent, the Oscar-contending Zhao, and source material, a time-and-space-spanning epic, has the potential to produce something unlike anything we’ve ever seen in the comic book movie genre.