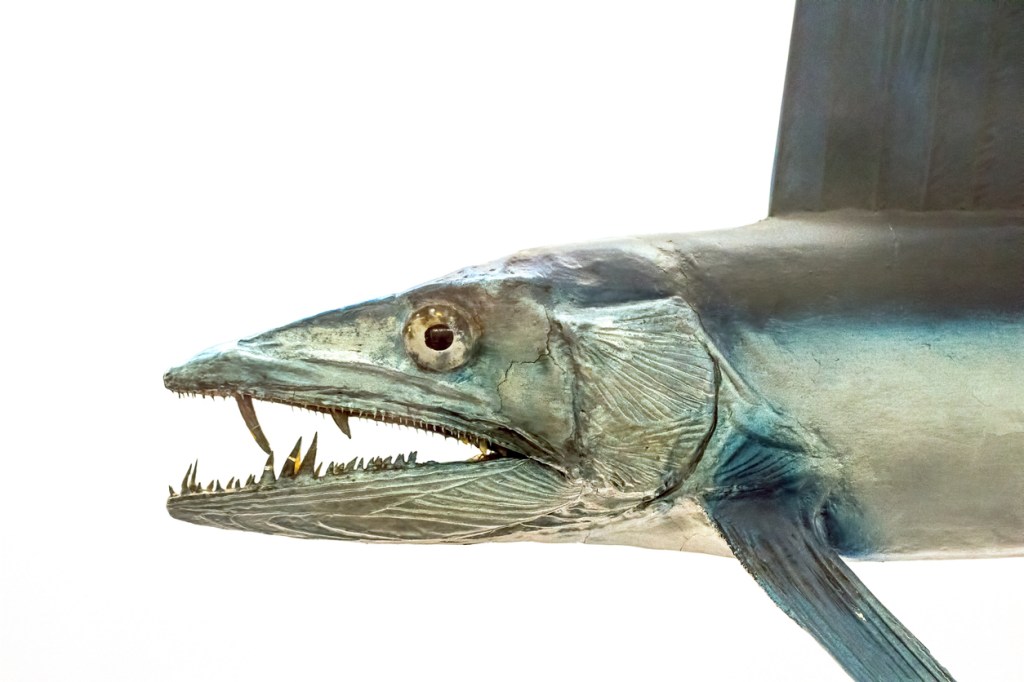 The ocean is home to some of the most beautiful creatures on the planet like tropical parrotfish and sea turtles. It’s also home to some legitimate sea monsters that most people never come in contact with aside from seeing in pictures.

Just last week, a rarely seen deep-sea anglerfish washed up on the shores of Southern California. It was described as ‘the stuff of nightmares’ and picked up headlines worldwide. Here’s that fish form a few days ago:

Now, another sea monster has shown up in Southern California. This one is a rare lancetfish and it looks like a straight-up water dragon. I’ve never seen a real water dragon (if they exist) but if I had to draw one by hand starting from scratch I’d end up drawing this fish. Look at the crazy teeth and fins:

According to Scripps oceanographers, this is just the 17th lancetfish to be found in San Diego Beach since 1947 so it’s exceedingly rare. And the last one of these fish was found in 1996 so it’s been a hot minute.

Looking at this species it’s easy to understand how ancient civilizations believed in mythical creatures because there’s really nothing on land that looks anything like this. I look at this fish and think it’s an alien and I’m even able to do some quick googling and learn everything there is to possibly know about this species. Ancient civilizations didn’t even know how deep the ocean was. They must’ve thought these were dragons.

Capt. Nick Stanczyk is the #1 swordfishing captain on the planet in terms of tags and releases every year. He catches more swordfish than anyone. Back in May, he caught a swordfish that had eaten a lancetfish and he showed what it was like when filleting the swordfish. You can check that out here if you’re interested.