LAPD Detective Tells People To Stay Away, Compares Crime In The City To ‘The Purge’ 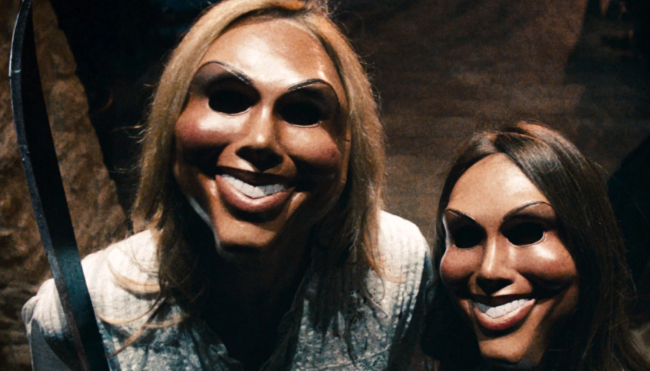 A Los Angeles Police Department detective recently appeared on TV to warn potential visitors to the city about how bad the crime has gotten in the city.

With the recent proliferation of smash-and-grab and follow-home invasion robberies, the LAPD detective even went so far as to compare Los Angeles to the dystopian horror movie The Purge.

For the uninitiated, The Purge is the story of “a wealthy family who find themselves endangered by a gang of murderers during the annual Purge, a night during which all crime, including murder, is temporarily legal.” In addition, this annual event, enacted by a totalitarian political party, suspends all emergency services for the 12 hour free-for-all.

Jamie McBride, the director of the Los Angeles Police Protective League, said, in referring to the new zero bail policy and sentencing guidelines the city has enacted, “We’re wondering how many times does somebody have to be arrested in L.A. before they stay in jail?

“It’s sad to say, but it’s almost safer to hang out with Alec Baldwin on a movie set than to go shopping in Los Angeles right now. That’s how crazy it is. It is so violent.

“We’re telling people don’t visit because we don’t think we can keep you safe right now.”

Related: Thieves Walk Out Of Store With Carts Full Of Stolen Goods In Shocking TikTok Video

When asked what needs to be done to make Los Angeles safer, Detective McBride replied, “There’s a lot of cleaning up to do. We need to take back the streets. To be honest with you, it shouldn’t matter if you’re Republican or Democrat. We should all want to feel safe in your home and we should be tough on crime and that’s where it starts.”

McBride added, “Los Angeles is like the movie [The] Purge, but instead it’s like they have 365 days to commit their crimes. That’s how it is in Los Angeles and San Francisco.

Some of the new laws, such as the zero bail policy and the elimination of cash bail for low-level, non-violent felonies and misdemeanors were enacted in large part due to the pandemic.