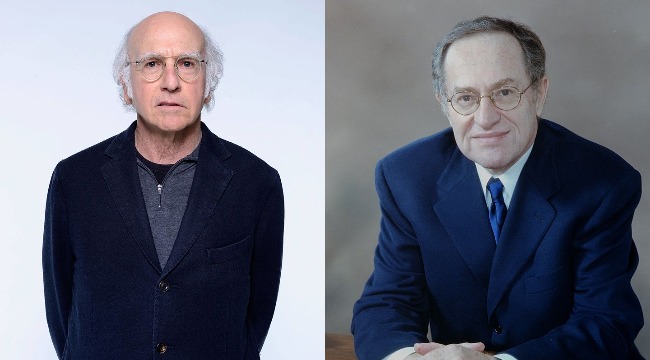 Leave it to the comedian to terminate a friendship not after his buddy helped negotiate a non-prosecution agreement for Epstein in 2006 or served as Harvey Weinstein’s lawyer a decade later, but because of this guy? 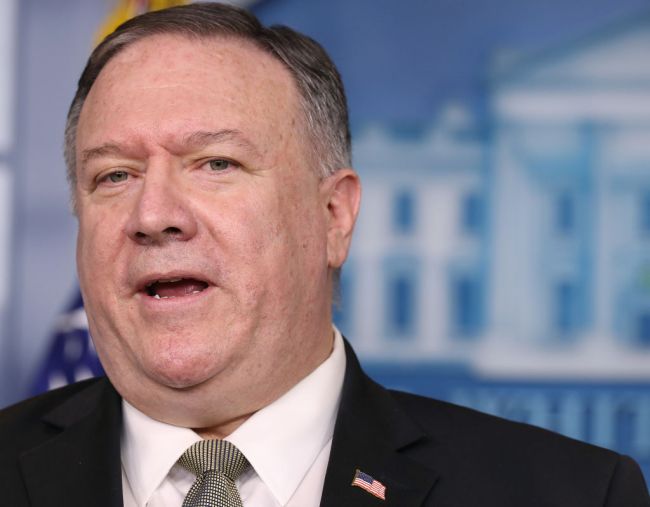 Larry David reportedly went nuclear on former friend and Democrat(ish)Alan Dershowitz at a Martha’s Vineyard grocery store recently for his ties to Mike Pompeo, who studied at Harvard Law in the 90s, and the Trump administration.

According to a Page Six “spy” who was posted up outside the quaint grocery store for reasons I’d rather not know,  claims the exchange went down as follows:

Dershowitz: “We can still talk, Larry.”

David: “No. No. We really can’t. I saw you. I saw you with your arm around [former Trump Secretary of State Mike] Pompeo! It’s disgusting!”

Added the stunned source, “Larry walks away. Alan takes off his T-shirt to reveal another T-shirt [underneath it] that says, ‘It’s The Constitution Stupid!’.”

Dershowitz’s wife reportedly bought him because so many people misunderstood his decision to defend Trump.

We’re told Dersh “drove off in an old, dirty Volvo.”

The Harvard Law professor served as a member of the defense team for the first impeachment trial of Trump in 2020, after reportedly helping David’s daughter get accepted to college and repping the comedy mogul pro bono in a legal dispute he had on Martha’s Vineyard. If that’s not a friend, I definitely don’t have any.

Dershowitz not only confirmed the war of words to Page Six but claimed that David “screamed” and “yelled” at him, and his face turned so red Alan “was worried that he was going to have a stroke.”

Dershowitz, who “enthusiastically” voted for Biden, clarified that he worked with Pompeo on his department’s policy regarding Israel and the Palestinians, and claims he can’t understand why Larry David can’t recognize his motives.

“While he was writing bad jokes, I was helping to bring about peace in the Middle East,” Dershowitz told us. “What has he done?”

“Larry is a knee-jerk radical,” Dershowitz told Page Six. “He takes his politics from Hollywood. He doesn’t read a lot. He doesn’t think a lot.”

“It’s typical of what happens now on the Vineyard,” he added later. “People won’t talk to each other if they don’t agree with their politics.”

The high-profile lawyer then accused Larry David of “contemporary McCarthyism,” likening him to a modern day Joseph McCarthy, who in the 50s went after lawyers he didn’t agree with.

He closed by saying he wants to “extend a hand of friendship” to Larry David. Prettttttay unlikely.