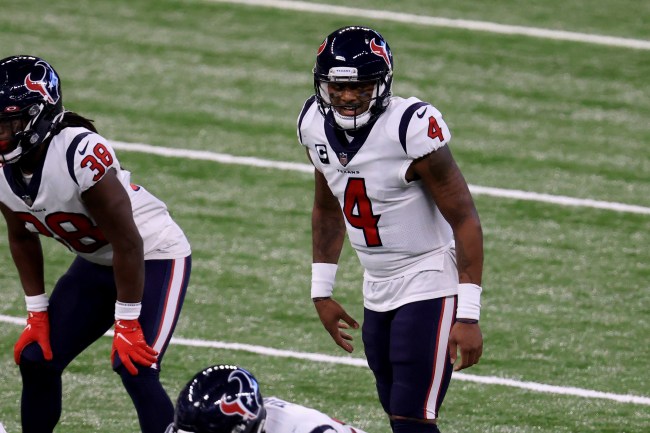 Two weeks ago, Buzbee promised to compile all the accusations made against Watson and give them to the Houston PD.

Now Buzbee says he will not provide HPD with the files because he once beefed with the former police chief and the son of Watson’s lawyer Rusty Hardin works in a commanding position within the department.

Tony Buzbee, in an Instagram post, said that he "will go elsewhere to provide our evidence to investigative authorities" because the son of Deshaun Watson's attorney is "part of the Command Staff" of the Houston Police Department and "has a position that would compromise HPD."

Tony Buzbee, the attorney representing 19 plaintiffs who have brought civil lawsuits against Deshaun Watson, says he will not be taking information about Watson to Houston Police, contradicting what he has said previously. He claims this is due to a possible conflict of interest. pic.twitter.com/IfK9Wd3Gcl

The Houston PD had previously disputed the fact that Buzbee said he was contacted by a Houston PD officer about the case.

At this time, HPD is unaware of any contact between HPD and Houston attorney Tony Buzbee regarding the allegations contained in his recently filed lawsuits and no incident reports regarding these allegations have been filed in our jurisdiction.

Buzbee maintained he was informally contacted by an officer he knew in the department off the record.

In today’s press conference regarding the Deshaun Watson civil suits: Someone from the Houston Police Department “informally” reached out to attorney Tony Buzbee, and Buzbee says some of the women are expected to contribute to a “packet” of info that will be turned over.