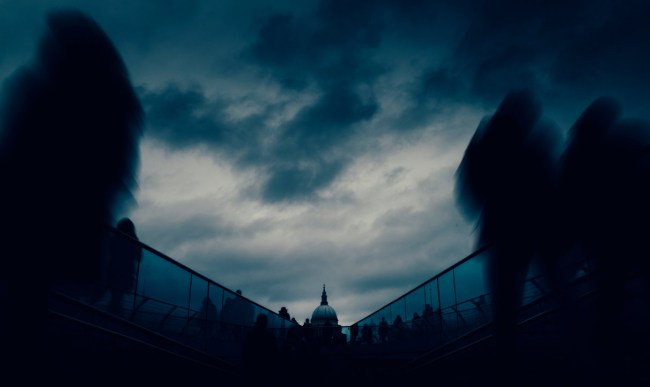 With every day that passes and every newly announced technological “advancement” I am moving closer and closer to putting a tin foil cap on my head. For protection, of course.

Earlier this month Google unveiled a new AI voice assistant that can have full conversations with strangers called Duplex. Not at all creepy.

A couple of months ago we also learned that despite all the outcry over how much personal data Facebook captures, it’s a fraction of the amount of information Google collects. Especially on our Android phones.

Before that we also learned that former Google and Facebook employees have joined forces to “stop technology from hijacking our minds and society.”

I am guessing that one of those things they don’t want to see happen is what appears in a internal Google video called The Selfish Ledger leaked by The Verge.

The video was made in late 2016 by Nick Foster, the head of design at X (formerly Google X) and a co-founder of the Near Future Laboratory. The video, shared internally within Google, imagines a future of total data collection, where Google helps nudge users into alignment with their goals, custom-prints personalized devices to collect more data, and even guides the behavior of entire populations to solve global problems like poverty and disease.

Of course, when asked to comment on the video, an X spokesperson told The Verge it’s really no big deal, saying, “We understand if this is disturbing — it is designed to be. This is a thought-experiment by the Design team from years ago that uses a technique known as ‘speculative design’ to explore uncomfortable ideas and concepts in order to provoke discussion and debate. It’s not related to any current or future products.”

Read this section of Vlad Savov’s article on the video and tell me this doesn’t sound like something Google would do.

Foster envisions a future where “the notion of a goal-driven ledger becomes more palatable” and “suggestions may be converted not by the user but by the ledger itself.” This is where the Black Mirror undertones come to the fore, with the ledger actively seeking to fill gaps in its knowledge and even selecting data-harvesting products to buy that it thinks may appeal to the user. The example given in the video is a bathroom scale because the ledger doesn’t yet know how much its user weighs. The video then takes a further turn toward anxiety-inducing sci-fi, imagining that the ledger may become so astute as to propose and 3D-print its own designs. Welcome home, Dave, I built you a scale.

Google is already headed in this direction with products and services like the aforementioned Duplex, as well as with Google Maps, Google Assistant, Google Flights, and Gmail’s Smart Compose. Why would they stop there?

Watch the videos below and read the entire piece discussing the video over at The Verge to learn more.