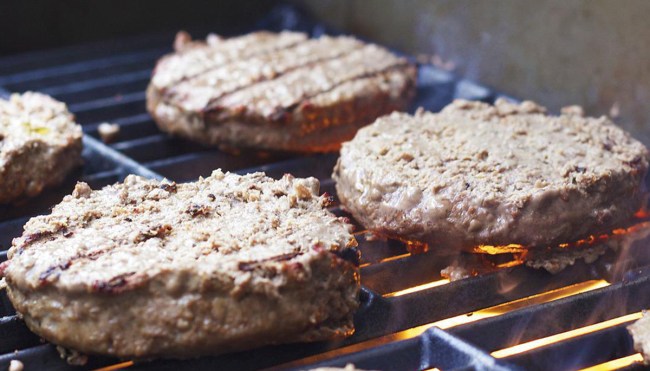 A lot of sports teams have made a concerted effort to step up their concessions game in recent years, but for the most part, anyone who attends an event in person knows there’s a good chance they’re going to end up shelling out a painful amount of money for the food that typically leaves plenty to be desired whenever they head to a stadium or arena.

The United Kingdom may be home to some absolutely fantastic cuisine (which is largely due to immigrants who introduced revolutionary concepts like “seasoning” and “spices”), but there’s a reason the food most people associated with Great Britain has a fairly underwhelming reputation.

There’s perhaps no better way to illustrate that reality than the many, many, many questionable offerings served up at soccer stadiums around the country, which became a hot topic of conversation when fans shared pictures of the worst items they’ve ever eaten at a game on Twitter a couple of years ago.

That topic serves as the partial inspiration for Footy Scran, an account that’s largely devoted to curating the worst of the worst and sharing it for the internet’s viewing displeasure.

However, I’m not sure if there’s anything that comes close to matching the food crime that was recently reported by someone who ordered a hamburger while watching Leeds United play a match at home and was subsequently served…whatever this is supposed to be.

As you’d expect, plenty of people who were forced to view this cursed image were quick to voice their displeasure.

Cremation is cheaper than a burial in Leeds https://t.co/1rOPGjCfgA

They took the price too literally

Thought this was a chocolate glazed donut at first glance https://t.co/j9r2jmR22X

Leeds need relegating just for that

The Aged Patty, also known as the Magic Sandwich, is a rotten Krabby Patty that appears in and is a major plot point of the episode "Cuddle E. Hugs."

It is a bacteria-infected Krabby Patty that is very poisonous. It is covered with green mold and hairs, and contains tainted bu.. https://t.co/WlqTQAOJri pic.twitter.com/LdEGdPoFhC

Do better, Leeds United. Do better.