Could LEGO Sets Be A Better Investment Than Gold? A New Study Claims That’s The Case 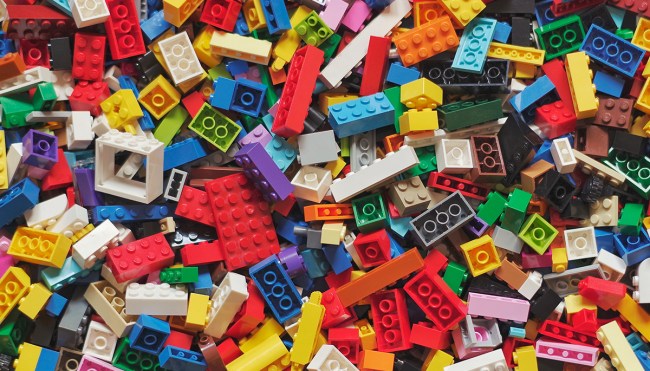 Everyone knows that no self-respecting apocalypse prepper stash is truly complete without a sizeable quantity of gold buried in a nondescript area on a property littered with “TRESPASSERS WILL BE SHOT SIGNS,” as society has an unspoken agreement that shiny metal will be viewed as the most valuable form of currency when the end times arrive.

However, if a new study is to be believed, there’s another material known for its ability to stand the test of time that might actually offer a better return on your investment; one that may have spent the past couple of decades sitting untouched in your parents’ basement: LEGO.

The plastic bricks and figurines that have provided generations of kids with infinite amounts of entertainment for close to 75 years are arguably the G.O.A.T. when it comes to childhood toys, but they could provide some lucky adults with just as much enjoyment for a slightly different reason.

According to The New York Post, a study that was recently conducted at Moscow’s Higher School of Economics took a look at the price of 2,322 different LEGO sets between 1987 and 2015 and found some of the most sought-after kits saw their value increase an average of 11% on a yearly basis—a return that outpaces gold, blue-chip stocks, and a number of other more traditional investments.

It’s worth noting researcher only looked at the prices of unopened sets that have been discontinued (the Taj Mahal and Millennium Falcon, Imperial Star Destroyer, and Death Star II from LEGO’s Star Wars line had the biggest returns), so the previous line about a potential goldmine sitting in your parents’ basement only applies if you had the saddest childhood ever.

With that said, the study notes there’s still plenty of potential upside on a secondary market that seems to be largely immune from outside factors that have impacted the prices of precious metals and stocks, so it might not be too late to get in on the action if you’re willing to gamble a bit.