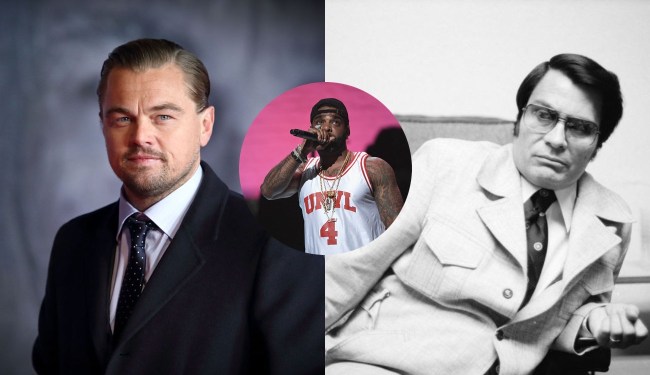 Leonardo DiCaprio is eyeing up his next role, and according to reports, he’s set to play infamous Jonestown cult leader Jim Jones. At this time, it is unclear when production on Jim Jones will begin.

MGM has secured a deal for the feature film project Jim Jones, with Leonardo DiCaprio in final talks to star as the 1970s religious cult leader who was behind the Jonestown mass suicide on November 18, 1978 that took more than 900 lives. The Oscar winner will produce for his Appian Way company alongside Jennifer Davisson.

MGM scooped up the Scott Rosenberg-penned script in what we hear was a seven-figure deal. The Venom scribe will also executive produce Jim Jones. [via Deadline]

For those who’ve never heard of Jim Jones, he was a midwestern cult leader who infamously orchestrated the mass suicide of 918 commune members — 304 of them children — at his Jonestown compound in Guyana in 1978. Following Jones’ instruction, the deceased drank cyanide-laced Flavor Aid. Until the 9/11 attacks, Jones’ mass suicide was the largest loss of American civilian life caused by a deliberate act.

Having not appeared in a film since his Academy Award-nominated turn in 2019’s Once Upon A Time In Hollywood, DiCaprio has a relatively busy slate these days. In December, he’ll star in Adam McKay’s Netflix film Don’t Look Up alongside Jennifer Lawrence and a bevy of other stars, and in 2022, he’ll be reteaming with Martin Scorsese for the western crime drama Killers of the Flower Moon, which is also set to Robert De Niro and Jesse Plemons. While Killers of the Flower Moon has no official release date at this time, sometime during the summer or fall feels like the safest bet, as filming of the project wrapped in October.

On one hand the educational system has failed us yet again.

On the other i wish i lived in a world where only Jim Jones the rapper existed. pic.twitter.com/ICKX6XsJnh

The fact that some of y’all don’t know who Jim Jones is. pic.twitter.com/LLgH7gR6Vk