LeVar Burton Might Still Get To Host His Own Game Show After Missing Out On ‘Jeopardy!’ 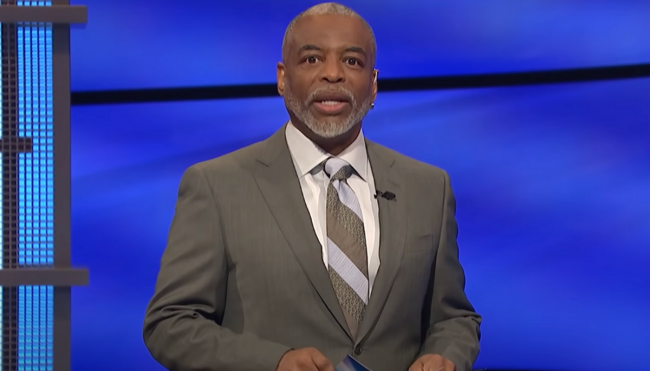 Earlier this year, hundreds of thousands of people signed an online petition in a push to make LeVar Burton the next host of Jeopardy! The man who served as the children’s television equivalent of Alex Trebek during his time as the infinitely genial host of Reading Rainbow thought he’d be a solid fit for the show, but he was ultimately passed over after his fairly underwhelming stint behind the podium generated abysmal ratings that cemented him as the Snakes on a Plane of Jeopardy! guest hosts.

On Thursday, we learned Mayim Bialik and Ken Jennings will fill Trebek’s shoes for the remainder of the year in the wake of the Mike Richards debacle. Shortly after the news broke, Burton stopped by The Daily Show, where he officially conceded his candidacy and teased what he has in store while chatting with Trevor Noah.

Burton thanked the Reading Rainbow fans who lobbied for him to take the Jeopardy! job, saying, “It made as much sense to them as it did to me. And, so, they wanted it for me as much as I wanted it.” However, he admitted that he eventually realized the gig wasn’t for him after doing a bit of self-reflecting:

“The crazy thing is that when you set your sights on something, you know, they say, ‘Be careful of what you wish for.’

What I found out is that it wasn’t the thing that I wanted after all. What I wanted was to compete. I mean, I wanted the job, right, but then, when I didn’t get it, it was, like, well, okay, what’s next?”

Thankfully, anyone who still wants to see Burton host a game show may be in luck, as the actor revealed he’s received a number of offers to pursue a project in a similar lane and is currently working on a competition with a focus on the literary world that would feature him at the helm if all the pieces come together.