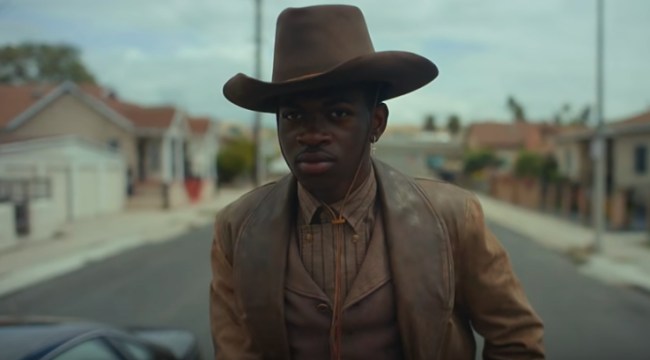 I don’t know what this says about me but I don’t know how old my dad is but I know every lyric to Lil Nas X’s Old Town Road. The irony is that I love my dad and I don’t think I’ve actively listened to Old Town Road in entirety once, it’s just always permeating around me like a burrito fart.

One week after Lil Nas X’s viral single was released in April, it broke a streaming record previously held by Drake’s In My Feelings, amassing 143 million U.S. streams. As it stands today, the song has topped the Billboard charts for the eighth straight week, matching Ariana Grande’s 7 Rings with eight weeks of chart supremacy this year.

And, the kids, the kids take to the song like a pack of Gushers and a Capri Sun.

Last week, students from Landers Elementary School in Cleveland, Ohio went absolutely apeshit when the song was played at the end of the 5th grade talent show. The video below was tweeted by the school’s principal, Felecia Evans.

I love my job. We ended our 5th grade talent show today with the whole school dancing and celebrating…together!! #LanderLove🐾💚 @LanderElem @LilNasX 💃🏽🤠 pic.twitter.com/pzS1id79mu

Lil Nas X caught wind of the students’ admiration for his work after Principal Evans contacted him via email and the artist surprised the kids with a surprise performance.

Peep the kid in the grey sweatsuit at the 3:52 mark. A star in the making.

🤠 We rode along with @lilnasx as he surprised the kids of Lander Elementary. 🐎 pic.twitter.com/xMsGzwdwHG

Ah too be young and alive. I haven’t felt anything in years.