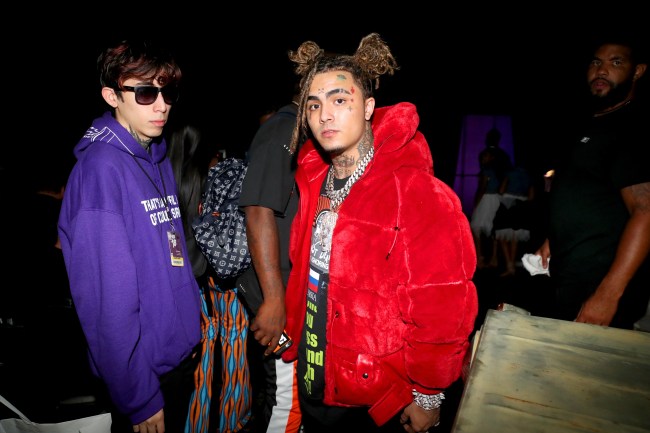 These people all have one thing in common: the most prestigious university in the world asked them to instill values and life lessons on its graduating students.

Harvard University reportedly asked 18-year-old Harvard dropout, Lil Pump, to give its 2019 commencement speech. Yes, the dude made famous for singing Gucci Gang and whose been arrested a couple times and banned from entering Denmark for two years.

I swear every day I wake up feeling more and more like Brooks from Shawshank Redemption, unsure of the current way of the world.

The announcement was first reported by Peep’s label, Warner Bros, who released a statement claiming that Harvard officials “handpicked” Pump to become the “youngest commencement speaker in history.”  The statement was later confirmed Monday by WHRB Harvard Radio, and Pump released the following message:

“You don’t gotta graduate from Harvard to do this speech,” Pump says. “I dropped out, so they called me like they called the guy that made Windows and PCs and shit before I was born. You just need a cap and gown, which I got. When I found out, I was happy to give everyone a lesson. I’m all about the youth. Yes, they are the future. This is a preview of my speech, one word: ESSKEETIT!!!!!!”

ANNOUNCEMENT: Hold up, remember how I said that I feel more and more like Brooks? Yeah, so apparently this is a giant troll job by Pump and his management. Complex reached out to Harvard for comment and the school followed up with: “As previously announced, Angela Merkel will be Harvard’s Commencement 2019 speaker.” So, yeah, I guess just fuck everything I just said. I’VE BEEN DOING THIS FAR TOO LONG TO NOT SEE THAT THIS HAD ‘TROLL JOB’ WRITTEN ALL OVER IT. I’m so ashamed.

In any event, lets all laugh at these IDIOTS who actually still believe Harvard would let a guy with face tattoos teach the smartest young people in the world about good decisions. God, what BONE HEADS!

There is no way I’m reading this correctly…

Harvard is letting Lil Pump give a commencement speech?

Lil Pump is scheduled to be the youngest person ever to give the commencement speech at Harvard University pic.twitter.com/Vl0TUhj7dc

somebody better record this shit: https://t.co/kZjJePfRl1

To re-emphasize, Lil Pump will not be giving any speeches to the youths of America.