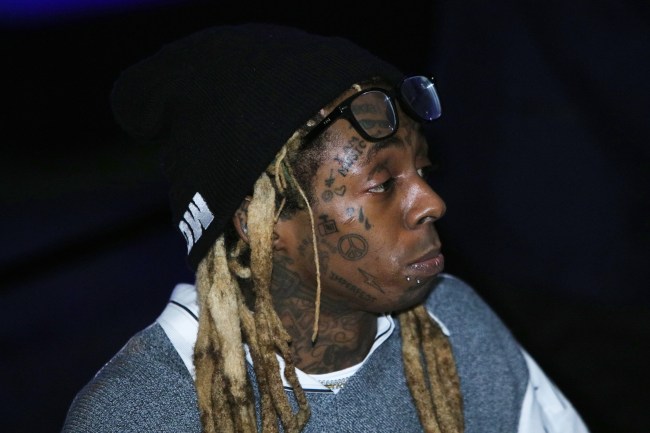 (I was told the headline Lil Wayne Dumped By Girlfriend After He Was Pictured With Another Man was misleading and clickbait. Credit to me for going with the shittier headline for the sake of being honest with you.)

My uncle once dropped my aunt’s pestering cat in the middle of the woods a town over and then led a search party astray. The cat was never found, but for some reason my aunt stayed with him, and a decade later she still drives him home from Thanksgiving after he guzzles too many Heinekens. Boomer marriages are built different.

Today, as the concept of monogamy is becoming less appealing and political affiliation has become a personality trait, relationships live and die by which elderly stranger one prefers.

Case in point: It’s being reported that Lil Wayne’s relationship with model Denis Bidot shattered under the weight of the New Orleans rapper’s support of Donald Trump after meeting with his last week to discuss criminal reform.

Denise unfollowed Lil Wayne on Instagram before deleting her entire account on Tuesday. One of her last posts read, “Sometimes love just isn’t enough” alongside a broken heart emoji.

“She broke up with Wayne,” a source told Love B Scott. “It wasn’t just his Trump support, but that was a big part.”

“Denise was shocked when she saw Wayne come out with Trump. She’s so disappointed in him.”

“Honey, I’m going on tour with a busload of women.” Have fun!

“Honey, I’m talking to the President about how we can make a broken prison system more equitable for under-privileged communities.” Pack your shit.

P.S. If you or a loved one came across a white Persian cat in or around Brockton, Massachusetts in 2010, please DM me. Reward offered.