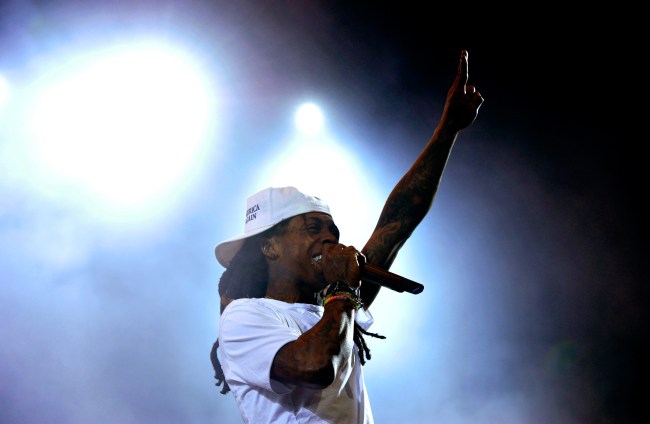 There are two types of people in this world: ones who were glued to the Internet last night waiting for Lil Wayne to finally release Tha Carter V and people who woke up this morning and started listening to it immediately. If you’re like me, then you were already burning the midnight oil last night waiting for the 2018 Ryder Cup to start.

Lil Wayne had been teasing that Tha Carter V was coming and earlier this week he announced that he’d drop the album for his birthday. True to his word, Lil Wayne dropped Tha Carter V yesterday on his 36th birthday and he also launched a line of apparel and vinyl records to coincide with the release, cashing in on every aspect.

This was Lil Wayne’s 12th album but his first to be released outside of Cash Money Records and overnight fans are FAR from disappointed. In fact, some fans are claiming that ‘Mona Lisa’ featuring Kendrick Lamar is the greatest Hip-Hop song ever produced.

BOLD CLAIM for a song and album that’s been out for only a couple of hours but the hype is real. Check out the reactions so far and you can stream the track below.

kendrick started rapping like this on mona lisa pic.twitter.com/A0F0zy9xTc

Someone had to say it.

Honestly Mona Lisa is the best rap song of all time

Wayne and Kendrick after they got finished recording Mona Lisa and the moment they knew it was gonna be fye #ThaCarterV #CarterV pic.twitter.com/ANCHQsGmHp

Rap Genius out there calling it the GOAT too….

This one accurately sums up my morning of streaming this track.

Mona Lisa legit made me think Wayne wasn’t human. Like honestly at one point it crossed my mind “aliens gotta be real”

‘Mona Lisa’ is the 8th track on Tha Carter V and you can stream it on Spotify or Apple Music if you’ve got that (Google it, I don’t use Apple Music). After streaming the track 4 or 5 times myself, I’m no longer in the camp of saying ‘100% this is not the best rap track ever.’ It can certainly be in the discussion. That’s where I’m at right now in just a few hours. I’m a believer.

Fuck, this entire album is so good. I can’t believe it was held hostage by Cash Money Records and Birdman for so damn long.