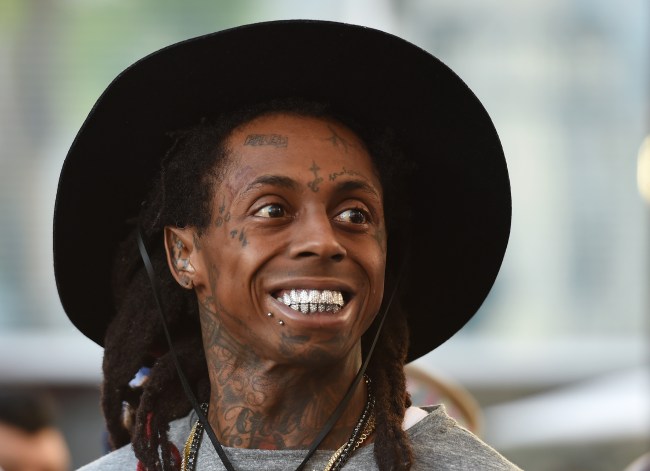 On the final morning of Trump’s presidency, the outgoing president issued a number of pardons and commutations. Notable among those pardoned were hip hop artists Lil Wayne and Kodak Black:

In December, the rapper Lil Wayne, born Dwayne Michael Carter Jr., pleaded guilty to having illegally carried a gold-plated .45-caliber Glock handgun and ammunition as a felon while traveling on a private jet in 2019.

Because of a prior gun conviction, he faced up to 10 years in prison. He received a full pardon.

In October, Lil Wayne became the latest in a line of rappers to align themselves, however briefly, with Mr. Trump’s re-election campaign, only to face criticism from fans and fellow artists.

The rapper Kodak Black, whose legal name is Bill Kapri (though he was born Dieuson Octave), was granted a commutation. In 2019, he was sentenced to nearly four years in prison for lying on background paperwork while attempting to buy guns. He had served nearly half of that time.

I guess a lot of people saw the Lil Wayne pardon coming. Weezy was pretty clearly vying for it in October, when he posted this tweet:

But Kodak Black? How in the WORLD was he on Trump’s radar? Kodak is one of these 2010s rappers who is huge with the Gen Z kids. I KNOW I’m out of touch, but even as a 31-year-old who keeps a relatively attentive ear to new music, I’m only vaguely familiar with Kodak. Did some staffer slide Kodak’s file across the resolute desk one day, saying that this would give Trump some kudos with the kids? Did Trump see this tweet from Lamar Jackson, asking for clemency for his friend?

Hey @realDonaldTrump @potus my friend @KodakBlack1k deserves to be commuted. The system punished him way to hard for a paperwork crime #freekodak

Either way, it’s great. A fitting final touch to a presidency that saw much more interaction with the hip hop community than some might have expected coming in.