Lil Xan Hospitalized After Eating Too Many Flamin’ Hot Cheetos, Maybe They Don’t Make Rappers Like They Used To 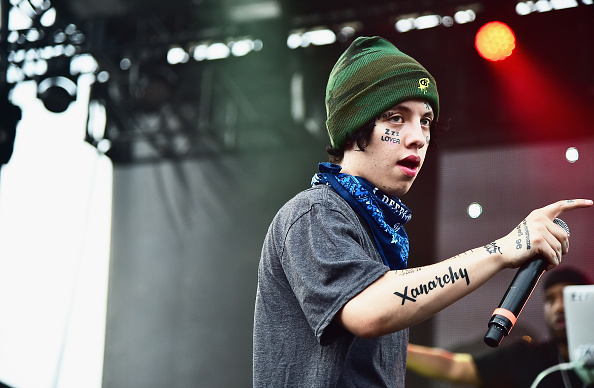 Today in news that sounds like a headline from The Onion, but it isn’t: rapper Lil Xan revealed that he was hospitalized because he ate too many Flamin’ Hot Cheetos. Yes. The spicy snack food that really isn’t that spicy. Many of Lil Xan’s fans were concerned when the Betrayed rapper posted a photo on Instagram of him in the back of an ambulance. With the recent alleged overdose death of Mac Miller fresh in everyone’s heads, fans were extremely concerned about the rapper’s health.

“Just wanna let everyone know that I’m good, healthier then I’ve ever been and ready to kick of my third Tour in NY ina couple days!” Lil Xan wrote on Instagram. “Also be careful, Hot Cheetos are one hell of a drug aha! Love you all! “Be Safe” Coming soon!”

You ever smoke so much weed that you overdose on Flamin’ Hot Cheetos? Lil Xan assured fans that he wasn’t taken to the hospital because of drugs.

“Ya, I went to the hospital today,” Xan said. “I just want to let everybody know that I was in the hospital, not due to any drugs, but I guess I ate too many hot Cheetos and it ripped [laughs] something in my stomach open a little bit and I puked a little blood. So we good.”

So that means that this was not how Lil Xan was hospitalized because of too many Cheetos.

Maybe they don’t make rappers like they used to? When gangsta rap started to gain popularity in the late 1980s, the rappers from the hardcore rap genre were overtly masculine, overflowing with bravado, and definitely had the air of danger about them. We’re talking about infamous rap groups such as N.W.A., Geto Boys, Wu-Tang Clan, and Mobb Deep. And solo rappers such as Ice T, Ice Cube, Tupac Shakur, Biggie Smalls, and Mac 10.

50 Cent was shot nine times at close range in May of 2000. He suffered wounds on his hand, arm, hip, both legs, chest, and his face. Within six weeks, Curtis James Jackson III was out of the hospital and making new music.

In November of 1994, Tupac Shakur was robbed and shot five times by three men in the lobby of Quad Recording Studios in Manhattan. Tupac checked out of the Bellevue Hospital Center only three hours later against doctor’s orders.

Counterpoint: You’d probably much rather go to the hospital because of indulging to a few too many Flamin’ Hot Cheetos than an open chest wound because you were shot four times in a drive-by assassination attempt.