Lil Uzi Vert Agrees To Pay $90,000 In College Tuition For Random Student Who Stopped Him In A Store And Asked For Money 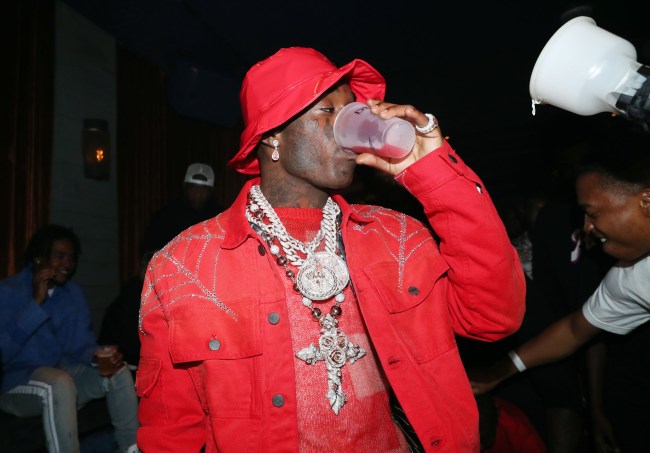 As the great Michael Scott once told Wayne Gretzky, “you miss 100% of the shots you don’t take.”

On Thursday night, the Philly rapper, who is worth an estimated $17 million, was walking through a convenience store with his team before Ahmad courageously shouted: “Uzi! What’s good, bruh? Can you pay for my college tuition?”

It’s better if you watch what happens next.

Uzi stopped in his tracks and then asked the guy, identified as Raheel Ahmad, how much he owed.

“Ninety grand. I go to Temple, bro,” the student responded as he continued to film the encounter.

“Ninety grand? I could pay for that,” the rapper said. “But this is the thing, though: If I pay for your college, are you gonna finish college?”

After the student insisted he would, Uzi asked for his Instagram handle and instructed him to send proof of his enrollment.

“Make sure you show me all of your transcripts—everything. Show me all your papers and everything, and you’ll get 90 thousand from me. I’m serious,” Uzi said. “If you don’t show me, you won’t get 90 grand from me … you gotta show me the proof.”[h/t Complex]

Uzi continues to prove that he’s got a bleeding heart. Last year, the 25-year-old rapper recruited various rappers and celebrities to donate to a fund he set up for XXXTentacion’s child and family following his passing. He’s also established an anti-gun violence fund and has consistently dropped into local schools and empowerment programs to inspire kids.

Moral of the story: anytime you see a celebrity or someone who could benefit from positive publicity, shoot your shot.