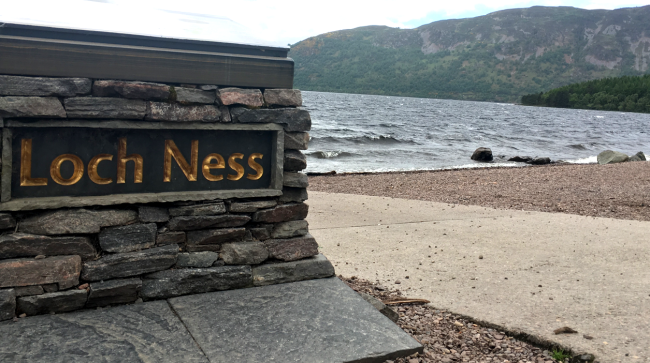 In what started out as a very slow year for Loch Ness Monster sightings, thing are finally starting to pick up as a couple on vacation in the Scottish Highlands have now recorded the fourth alleged sighting of the year.

What is special about this particular sighting is the video and images taken by the couple, with one expert calling it “genuinely inexplicable.”

“We were fairly ambivalent about the Loch Ness monster. We enjoyed the stories but didn’t necessarily believe them,” the woman told MailOnline.com.

“We’d definitely love for somebody to analyze the video. If it helps anybody work out what’s down there then it’d be our absolute pleasure. We would be delighted.”

Gary Campbell, operator of the Official Loch Ness Monster Sightings Register, did analyze the video and wrote in his report, “A couple on holiday for a week were staying in a cottage overlooking Urquhart Castle when they saw something in the water at 6.16am. They took a video which was later examined by a local photographic and video expert who said that what they captured was clearly animate, came out of the water before going back in again (and then out once more) and was definitely larger than, for example, the bird life in the loch.”

When approached by MailOnline.com for his thoughts on the latest Nessie video, Campbell said, “In terms of video evidence, there’s been two or three really good videos in the past but this is certainly up there with the best of them.

“When something like this comes along which is genuinely inexplicable then it is great.”

Campbell also said this latest footage is the best he has seen taken of the Loch Ness Monster since August of 2000.

“You could see something under the water, then it rushed forward and turned round,” said the woman who shot this latest footage. “From what we could gauge, it was between 20 and 30 feet long. There was nothing else on the loch, no boats, nothing.”

Coincidentally, May 2 marks the anniversary of the modern legend of the Loch Ness Monster being born.