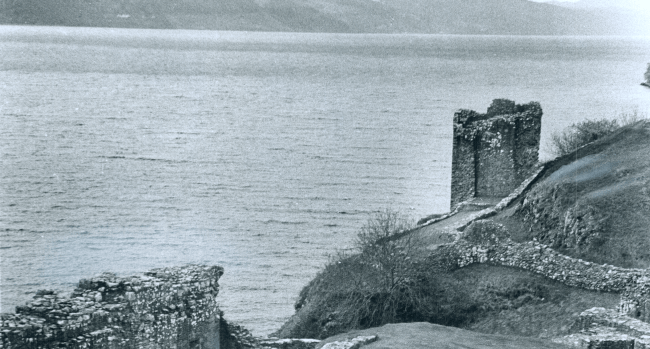 Much like his cryptid brethren Bigfoot, the Loch Ness Monster is a slippery one. Despite hundreds of sightings over the years and an untold number of photos and videos taken during many of these sightings, no one has been able to ever get a crystal clear look at Nessie.

Interestingly, this is at least the 14th time since 2017 that this particular eyewitness, Eoin O’Faodhagain, has reported seeing Nessie, and the fifth time just this year.

According to the Official Loch Ness Monster Sightings Register’s report, on October 19, 2021, Eoin “recorded a black object high out of the water moving down the Loch, on the northern side. As it moved down it went lower in the water on approach of a cruiser moving north, in its direction.

“By the time the cruiser became in view on the screen, the mysterious object submerged totally in the water, but still must have been touching the water, from underneath as it was leaving a straight line wake on the water, towards the oncoming cruiser.

“By the time the cruiser got to where the last position of the disturbance on the water, the object was completely gone.

“The object had to be a couple of feet or more out of the water when first sighted, especially to see it from that distance. The recording captures the moment of the object submerging perfectly.”

Eoin shared two videos to his YouTube channel revealing what he witnessed on that day.

Part 1 of Sighting 19/10/2021 of Loch Ness Monster more than a couple of feet out of the water, moving south, and as approaching Cruiser comes into view on the webcam, heading in the direction of the monster, it slowly submerges and leaving a wake, as it is moving just underneath the surface still heading south.

Part 2 of Sighting 19/10/2021. As in previous video, Part 1, the cruiser now has passed the monster which is just under the surface leaving a wake, and creates the odd splash at the front of the wake as it heads south, and out of range of the webcam.