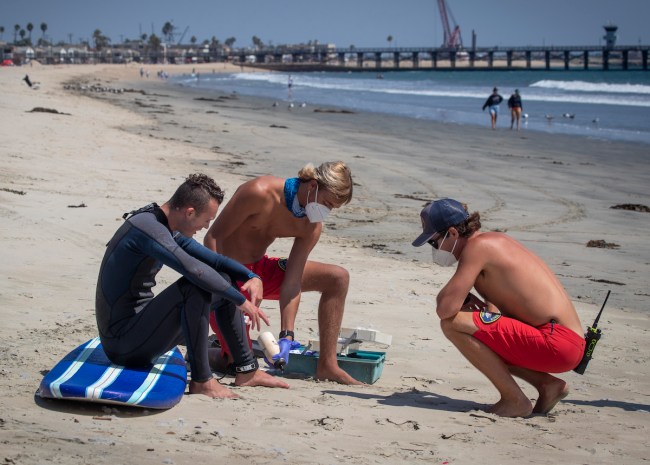 Being a lifeguard in Los Angeles is a pretty lucrative gig.

According to a recent investigation by Forbes, lifeguards in Los Angeles County are swimming in cash.

Seven top-ranking guards in LA County make an astonishing $392,000-a-year thanks and 82 lifeguards made more than $200,000 during the same year thanks to overtime.

Forbes also found that saving people’s lives doesn’t always equal higher pay. Many of the lifeguards who won the Medal of Valor – for exhibiting bravery and saving lives – were not on the highest-paid list.

Why beach lifeguards earn so much money is a question L.A. taxpayers might start asking. A lifeguard’s job can be dangerous, but it’s unclear why residents should foot the bill for so much overtime when the state’s public employees already cost taxpayers $45 billion a year.

For comparison, putting on a bathing suit in Los Angeles and patrolling the public beaches is a better paying job than an anesthesiologist, most surgeons, doctors, and even lawyers.

To be fair, this video shows just how many lives California lifeguards save on average each day.