Louis CK Addresses Allegations For The First Time On-Stage: Saying He’s Been To ‘Hell And Back’ And Lost $35 Million 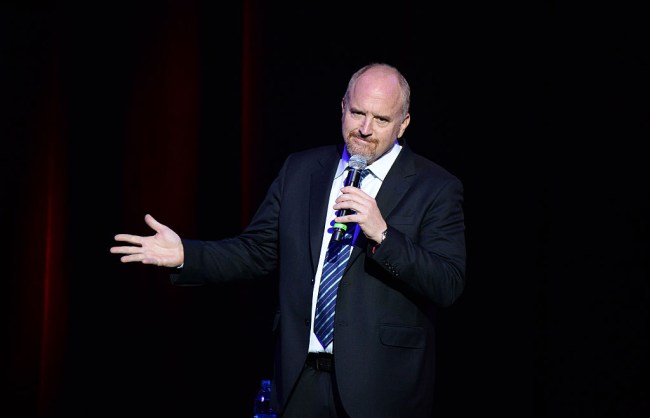 In the wake of the allegations, HBO removed his work from its channel, Netflix axed his upcoming comedy special, his new film I Love You, Daddy was canceled hours before it was set to air, FX cut ties with him and his production company after eight years of collaboration, and Louis took a hiatus from the spotlight for several months.

The 51-year-old has been dipping his toe back in the comedy waters, much to the chagrin of the droves of people who have walked out of his shows in protest. Louis has continued to perform without addressing the sexual misconduct allegations which he himself admitted to be true.

That changed during his set this past Wednesday at NYC’s West Side Comedy Club when he spoke about the elephant in the room for the first time. Via LaughSpin:

A source present at the Sunday night Caroline’s showcase and the Wednesday night show at West Side claims there was a stark difference between the two sets. The Caroline’s set was like his previously reported drop-ins, acting like it’s business as usual. On Sunday night “he looked frightened before he went on,” according to the source. He didn’t get huge applause, but he did just okay. “I couldn’t listen to the words because I’m like, ‘Come on bro, really? You’re not going to talk about it?’ It was insane.”

Something shifted Wednesday night. “He was much more confident,” says the source. [AMarie] Castillo [who hosted the show] says he opened with, “It’s been a weird year” (understatement). He continued talking about how he’s been to “Hell and back”—joking that while he was in Hell he met Hitler. Multiple comedians hanging out that night say he seemed more authentic and real. From the source, his Wednesday set addressed getting booed in the streets and how everyone hates him. “I lost $35 million in an hour.” This audience apparently loved it way more than the unrealistically guarded set just a few days prior—though the comics hanging out were laughing harder than the audience, says the source.

It’s unclear where Louis goes from here, if he’ll let time dilute the allegations or address them head on, admitting wrongdoing, and showing true remorse.