Louis C.K. Was More Than Ready For A Heckler Who Brought Up The Scandal That Got Him Canceled During A Surprise Set At A Dave Chappelle Show 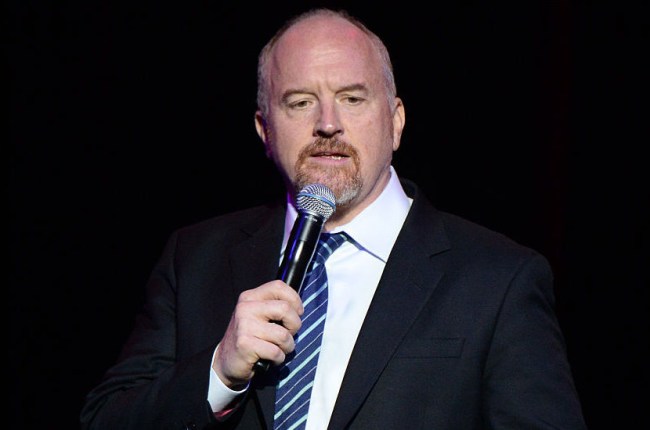 If you’ve ever been burdened with what is possibly the best punishment for coming in last in a fantasy football league or convinced yourself that your ability to routinely generate “HAHA” reactions in a group chat would make you a natural stand-up comedian, you’ve likely learned it’s not as easy as it seems after the host at an open mic informs you the eternity you feel you’ve spent on the stage has actually only lasted for 90 seconds after asking how much of your allotted five minutes you’ve used up.

I probably devoted less time to studying at college than I did writing dumb blogs and refining the sketches I wrote for a comedy group that typically performed to a crowd of people who were too drunk to remember any of them the following morning, and after I graduated, I moved to New York City intent on pursuing a career in comedy in some shape or form. I’d never done stand-up before but figured it couldn’t be that hard before the deathly silent room I performed to during the first set I stammered through made me reevaluate that stance.

I spent around a month paying $5 for the privilege of honing whatever semblance of an act I had at places where you usually also had to drop $15 to meet the two-drink minimum before decided the hustle required to make it in stand-up just wasn’t worth the potential payoff. Sure, I could’ve spent years devoting most of my weeknights to telling jokes in the basement of random bars to a crowd comprised almost entirely of aspiring comics who are too busy staring at their notes to give a shit about anyone else’s set, but at the time, Netflix wasn’t handing out specials like candy on Halloween and the slim possibility I might eventually be able to showcase my talents on Comedy Central at 2 AM on a Thursday just didn’t seem like a sound investment of my time.

Examining the career trajectory of some of the stand-up comedians who’d managed to defy the odds played a big role in my decision to not follow in their footsteps—including the case of Louis C.K. I remember coming across a clip of him performing on MTV in the early 1990s and realized that even though he managed to become one of the biggest names in the industry, he spent two decades grinding before finally managing to catch his big break.

Louis was flying high a few years ago thanks to his hit specials and a show on FX that managed to garner as much praise as his HBO sitcom did not, but in 2017, everything came crashing down when it was revealed he had a bit of a thing for routinely jerking off in front of female comics whenever the opportunity presented itself.

C.K. was subsequently Canceled pretty hard to the tune of $35 million and stepped away from the public eye for a year before staging a comeback, and since then, he’s been greeted with protests in addition to garnering universal praise at the sets he’s sporadically performed in the wake of his questionable proclivities coming to light.

Louis still has a fair amount of support amongst the stand-up elite, and earlier this month, he made a surprise appearance at one of the shows Dave Chappelle has been organizing over the summer in the small Ohio town where he resides.

Chappelle usually goes to great lengths to prevent people from recording at his events, so while we don’t have any footage from the set, Entertainment Weekly spoke to someone in attendance who recapped the reception C.K. received, saying the audience’s response to his performance was “mixed-to-positive.” He reportedly spent a fairly disjointed 20 minutes repeatedly referring to his notebook and devoted some time to random impressions while soliciting the audience for suggestions, leading one person to reply, “How about the toilet seat you jerked off on?” only for C.K. to tell them, “I don’t do my best material on these shows.'”

Other celebrities have done some decidedly worse shit and still managed to rehabilitate their image, and if Chris Brown was able to convince labels to keep paying him to put out albums after disfiguring Rihanna, I don’t think it’s too far-fetched to think Louis will eventually be able to persuade someone to give him a special again and I can’t say I’ll be too mad if that happens.