Louis CK Is Debuting A New Movie Practically Out Of Nowhere 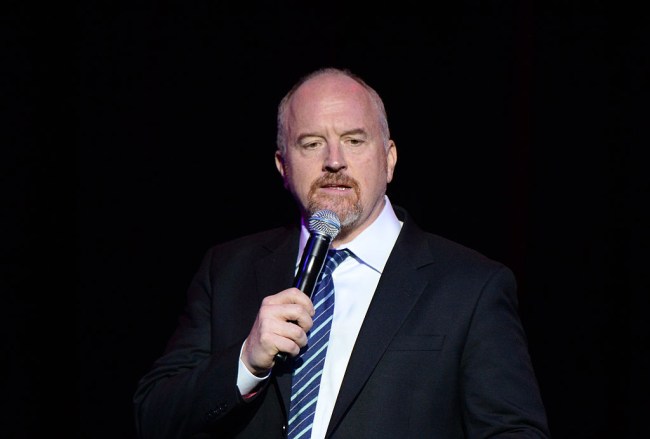 If you’re a fan of forgettable comedies from the early 2000s, then you might remember “Pootie Tang,” Louis CK’s directorial debut that was widely panned by critics and eventually disowned by the comic himself. CK said the movie almost ruined his career, but he eventually bounced back and has gone on to direct a number of stand-up specials and create several successful series since then.

One of those series was Horace and Pete, a dramedy featuring the comedian alongside Alan Alda, Steve Buscemi, and Edie Falco (among others) that suddenly appeared on his website in January 2016. It would appear CK has a thing for dropping projects with little or no warning, because the LA Times reports he’s debuting his first motion picture in more than 15 years at the Toronto International Film Festival in September.

Not much is known about the film, which is titled I Love You, Daddy, but the Times shared what few details have been released:

The comedian’s new movie was shot quietly in New York earlier this year and attracted little attention from the Hollywood trades. Its distribution status is unclear. What is known: “I Love You, Daddy,” also set in New York, centers on Glen Topher, a successful television producer and writer, and his daughter China.

The black-and-white movie was filmed in 35 mm and stars Chloe Grace Moretz, Charlie Day, John Malkovich, and longtime Louis associate Pamela Adlon. It’s not entirely clear when it will be released to the general public, but based on the quality of his last few projects, it will definitely be worth whatever wait there might be.