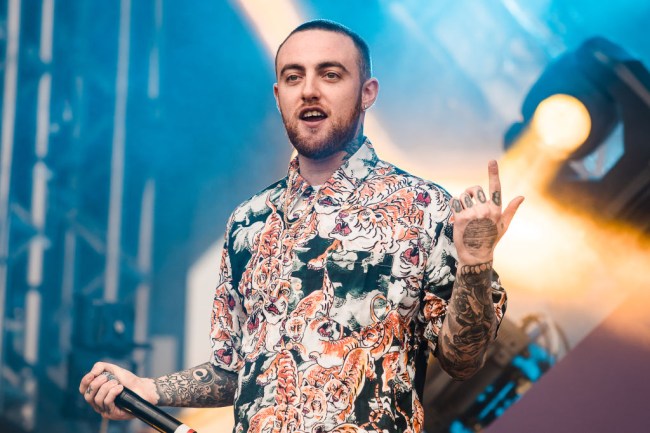 It’s been almost a year since the world learned about the sudden death of Mac Miller, who passed away from a drug overdose at the age of 26 last September.

The rapper and producer initially made a name for himself thanks to the series of mixtapes he released when he was just a young kid out of Pittsburgh and quickly climbed the hip-hop ranks as he established himself as one of the best artists in the game.

Mac was never shy about talking about his issues with substance abuse (he was arrested for a DUI in 2018) and his death was ultimately accredited to a combination of cocaine, alcohol, and fentanyl that was found in his system after his body was discovered in his California home.

Anyone who’s familiar with the opioid epidemic knows that the last in that list of drugs has contributed to countless deaths in recent years as drug dealers attempt to supplement their wares with the incredibly dangerous substance—including the man who allegedly supplied the rapper with the pills that helped contribute to his passing.

According to TMZ, police have charged and arrested Cameron James Pettit in connection with Miller’s death after a lengthy investigation that concluded the alleged dealer supplied the rapper with counterfeit oxycodone that was laced with a cocktail of fentanyl, cocaine, and Xanax.

The outlet reports Pettit messaged some affiliates on Instagram shortly after Miller’s death and warned them not to react in order to stay under the radar and appeared to admit to his guilt by saying “I will die in jail” when an acquaintance inquired about his well-being.

The police report also claims two other people supplied Miller with phony pills that lead to his death but it’s currently unclear if they’ve been taken into custody.

It might not bring Mac back but hopefully justice will be served.