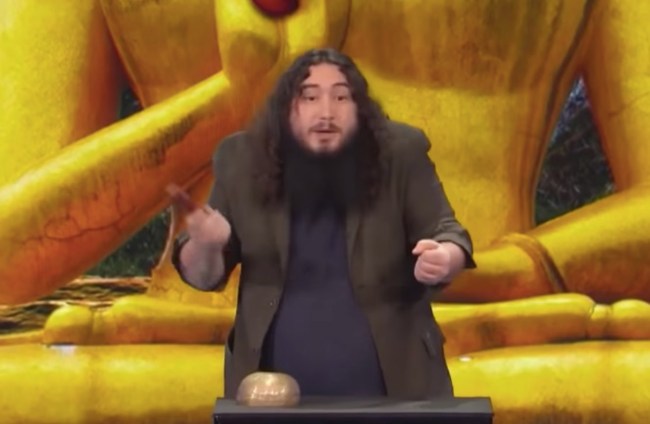 You don’t make it to the top like that without spending year after year grinding it out on the magic scene and witnessing pretty much every type of magic and magic trick on the planet. For their TV show on the CB, Fool Us, Penn and Teller bring on rising magicians to perform and test their abilities to root out a simple trick.

Here’s Spanish magician Xulio Merino using these red sponge clown noses in a way that Penn and Teller have never come across before and for these two veterans to be stumped by a guy who only has 1,233 followers on Instagram you KNOW this trick is unique and built from scratch, unlike the magic tricks that have been passed around for years throughout the industry.

If you enjoyed this one then you 100% NEED to check out this trick from fellow Spanish magician Adrián Carratalá. He is also one of the magicians that fooled Penn and Teller on Fool Us this seasno and he was so damn confident in his trick that he fooled them not once but TWICE with the same trick. he calls his own shot like Babe Ruth and masterfully executes his illusion in front of two titans of the industry.

I do wish we could learn how they pull these tricks off but I get it, it’s how the show works and they need to protect their craft. It would be cool though if we could find out what’s going on behind the scenes more often.

If any of you dudes out there know of any magicians that I should be featuring here on BroBible you can hit me up via email at cass@brobible.com or find me on Twitter at @casspa.

I know that magic isn’t for everyone on the Internet but I also look at the analytics/clicks here at BroBible and see that there’s always a huge audience that is very much into these clips. So be sure to send any interesting magic clips my way and if they’re good enough I’ll be sure to share them on the site!