Man Is Shocked By What He Finds When He Cuts His IKEA Desk In Half, But There’s A Good Explanation 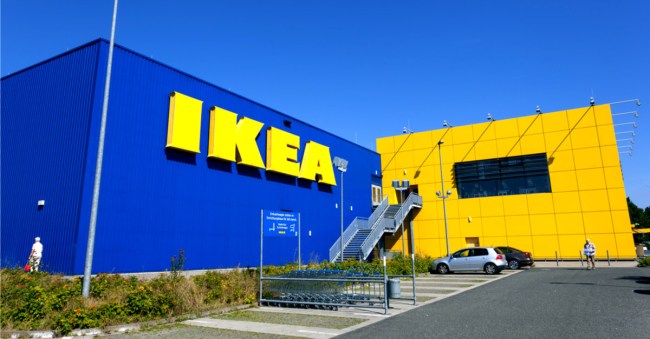 There are a plethora of valid reasons to not be a big fan of IKEA. Most of them have to do with putting together their products and the excruciating trips to the store with your wife or girlfriend.

A man who was very surprised with what he discovered when he cut his IKEA desk in half thought that he had come up with another reason to be disenchanted with IKEA, but it turns out there was a legitimately very good reason for for what he found. (Also, why was he cutting his desk in half?)

Taking to Twitter, here’s what he had to say (along with some photos of his discovery)…

“I always knew that Ikea furniture was fake wood—particle board with a veneer on top. Fine, whatever. But last night I sawed into my desk and discovered the particle board *itself* is a lie. FOLKS IKEA WOOD IS LITERALLY CARDBOARD.”

I always knew that Ikea furniture was fake wood—particle board with a veneer on top. Fine, whatever. But last night I sawed into my desk and discovered the particle board *itself* is a lie.

He later added, “(To be clear, I don’t have a problem with this: it’s cheap, light, and works. But it was extremely surprising!)”

(To be clear, I don't have a problem with this: it's cheap, light, and works. But it was extremely surprising!)

What a noob, right? Everyone knows that is how some desks are made! Pffft… right? (I had no idea that was how some desks were made, but as you will see from the responses he got, I most certainly do now. Don’t @ me.)

My dad is a structural engineer. That honeycomb structure is actually stronger than particle board (unless you cut it in half.) Its also far more eco friendly. They use the particle board for the parts that need to hold screws.

In my design university there’s a whole department that builds chairs and other stuff out of very smartly folded paper. It is extremely sturdy. Why is that a lie? I guess everybody’s happy if stuff is recycled and light weight – if it works and none stated otherwise, of course.

“At IKEA all of our products are designed with form, function, sustainability, affordability and quality in mind. In order to minimise waste, we strive to use materials in the most efficient way. By using a strong honeycomb pattern paper filling inside some products it allows us to produce more pieces using less raw materials and at the same time reduce the price for people without compromising on quality. Product material information is clearly displayed in store and online.”

Amazon has been delivering me ‘pieces of furniture’ with every order. Once i save enough cardboard I can make anything I want!

It's incredible that the cardboard honeycomb has that strength. What I don't like is…if it breaks you can't fix it – there's nothing for a screw or nail to hold to. And you also can't modify it – both things that extend the useful life of furniture.

don't cut into the cardboard you'll only find sawdust and sadness