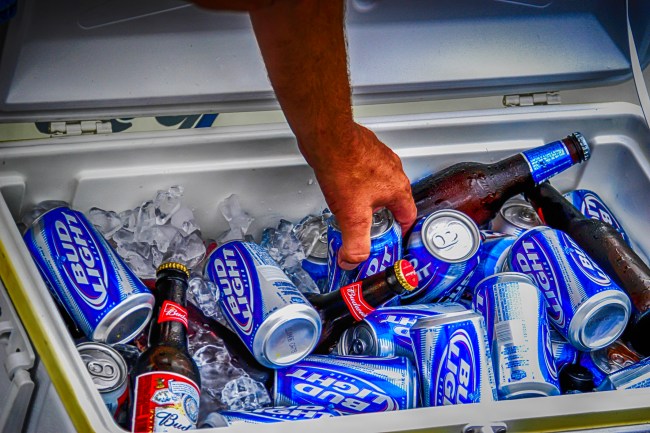 The Vacaville wildfire in Northern California has already burned an estimated 215,000 acres and has torched over 660 structures including homes and businesses.

Many residents have been forced to flee their homes in the middle of the night, grabbing their photo albums and prized possessions as they leave their homes under the cover of darkness not knowing if they’ll see their houses again. One resident named Laura told CNN her nerves were rattled from fleeing at 2:30am after a neighbor pounded on her door and said they had to flee immediately. She told CNN “You don’t know what to grab. I got a little jewelry box and my Dad’s ashes.”

Elsewhere, a man who lost his home a few years ago due to an attic fire lost his cars but saved his home but busting out the Bud Light. He had made the decision to stay and protect his home at all costs but hope seemed lost when he realized the water had been shut off. He tried to use the water he had on hand but there wasn’t enough and that’s when he turned to his stash of Bud Light which helped him save his family’s home.

There’s no doubt about it, this man is a hero for springing into action and using his Bud Light to save the family’s house. KIRO7 news reports:

“It was burning on the wood below and I didn’t have any water,” Little told the television station. “I had one barrel with a little bit of water in it and I tried using that, but it didn’t work.”

“When I ripped up the sheet metal, it had a nail, so I was just shaking (the cans) up, popping it and spraying them,” Little told KCRA. “I was popping it out and grabbing another one.”

Little had sent his family to safety as the fire burned closer to his home Wednesday morning. He stayed back because the family had already lost a home in an attic fire in 2015, and the home’s renovations were scheduled to be completed later this year, the television station reported.

“My buddies all tease me about drinking water-beer,” Little told the television station. “I say, ‘Hey, it saved my shop.’” (via KIRO7)

You know what good friends don’t do? They don’t tease each other about what beer they drink. The Bud Light saved this man’s home:

He was able to use the beer he had on hand to fight the fire up until firefighters arrived and put out the flames.

Side note: you probably shouldn’t stay behind to fight a wildfire by yourself. Sure, this worked out for him and his family in the end but this story could’ve easily gone the other direction and taken on a very somber note if they found some burned corpse surrounded by beer cans. If you’re asked to evacuate then you should evacuate.

Meanwhile, Bud Light remains undefeated this Summer. It just saved this man’s home from the Vacaville wildfire and just a few weeks ago this 103-year-old grandma celebrated beating the ‘rona by chugging a Bud Light.