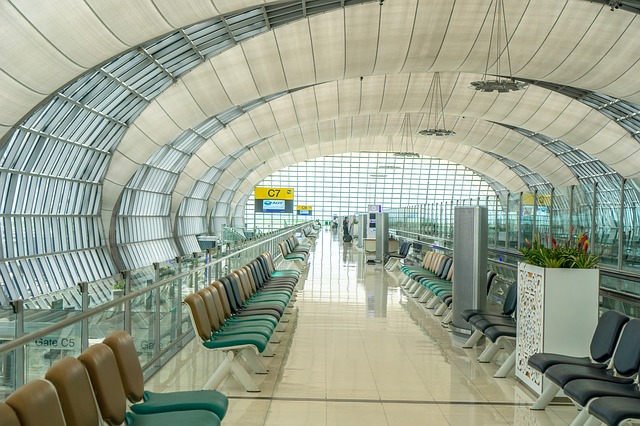 Public Service Announcement: Don’t call in bomb threats to airports because you are running late for your flight. In the year 2018, this should be common knowledge that everybody understands and abides by, but here we are.

Meet Jacob Meir Abdellak, a 47-year-old French man, who purchased a ticket for a flight from Gatwick Airport in London, England, to Los Angeles. On May 11th, Abdellak was running incredibly late for his flight. Eight minutes before his Norwegian Air flight was set to depart at 5:47 a.m. Abdellak called in a bomb threat to the Gatwick Airport.

The fake bomb threat did initially work like a charm and Abdellak’s flight was delayed by 90 minutes and passengers had to be screened for the second time. Unfortunately for Jacob, he’s not particularly intelligent since he used the same phone to call in the bomb threat that he used to book his flight.

On May 22, authorities arrested Abdellak for the bomb threat when he tried to board another flight to the United States. Abdellak claimed that he lost his cell phone’s SIM card, but later admitted that he made up the hoax phone call to delay the flight from taking off on time.

Abdellak, who is a librarian, pleaded guilty to “communicating false information regarding a noxious substance likely to create serious risk to human health.” Authorities threw the book at him and he was sentenced to 10 months in prison and fined $178.

“This was a quite ridiculous decision made by Abdellak, who fabricated an extremely serious allegation purely for his own benefit,” Gatwick Police Chief Inspector Marc Clothier said of the heist. “He was running late for his flight and thought it would be a good idea to call in a hoax bomb, however this turned out to be the worst decision he could have made.”

If you are running late for your flight, pick up your phone and don’t call in a bomb threat to the airport, but use your phone to contact the airline to book a later flight.

How do you say, “Play stupid games, win stupid prizes” in French?

RELATED: Man Accidentally Gets On 1,400-Mile Flight In Wrong Direction To The Arctic And Takes It In Stride