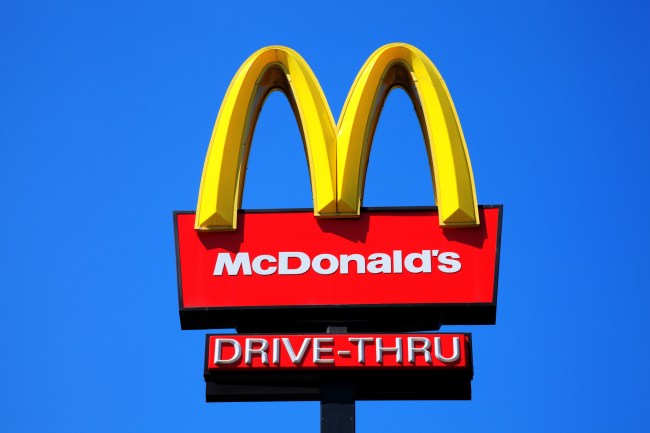 Morgan Spurlock’s infamous Super Size Me experiment, and later book + movie, changed the way a lot of people view McDonald’s. In Super Size Me, Spurlock gained nearly 30 pounds by eating nothing but McDonald’s, super-sizing his order when asked, and not changing his daily life with exercise.

29-year-old Ryan Williams didn’t like the way Morgan Spurlock went about his infamous Super Size Me experiment. Primarily because anyone who eats 5,000+ calories a day without working out is going to gain weight and eventually become unhealthy. This is guaranteed.

So Ryan Williams went about a 30-day experiment of his own where he ate nothing but McDonald’s every day all while crushing the gym and at the end of the month he’d lost weight and visibly cut down. He filmed his progress throughout the month and it’s pretty astonishing to see.

According to TLB, Williams ate every item on the McDonald’s menu at least once throughout the 30 days. He spent around £20 a day on fast food. And when the month was up he’d lost around sixteen pounds…They actually said he lost 1 stone and 2 pounds which forced me to google ‘Stone to Pounds’ and find out that one Stone weighs around 14 pounds which seems like the most arbitrary number imaginable.

He was eating around 2,500 calories per day throughout the 30 days and hitting the gym vigorously beginning around 4am each day. Anyone working out that hard and limiting their intake is going to lose weight, anyone.

And to be fair, it’s not exactly like Ryan Williams was out of shape to begin with. He clearly fits the bill of a gym rat and someone armed with the knowledge of how to lose weight based on exercise output and caloric intake. It seemed like he was primed to lose weight at this point in his life too:

“Prior to the challenge I was probably in the worst state I’d been in in a few years.
My diet wasn’t great, I would eat a lot of food – about 5,000 calories – in a day, lots of biscuits and junk food, and I wasn’t going to the gym at all.”

I’ll be honest, if I was eating 5,000 calories a day I’d legitimately get sick/physically ill. I’m the furthest thing from skinny, but my body’s certainly not primed to take in 5,000 calories every day and the thought of trying to do that for an extended period of time makes me sick just thinking about it.