Man Casually Plays Tug-Of-War With A Lion, Gets Dominated 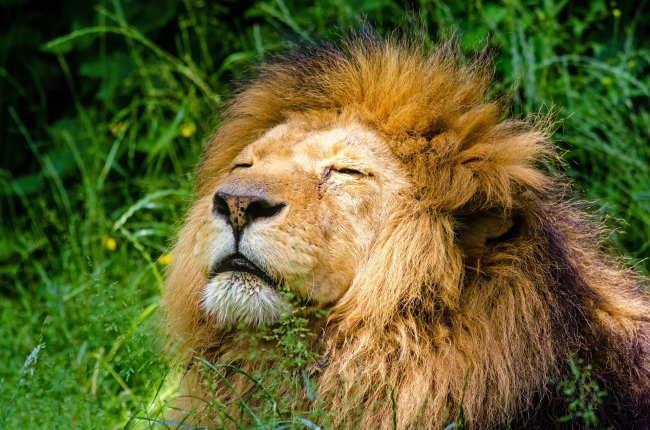 In case you needed a little break from, ya know, life, come check out this guy taking on a lion in a good old fashioned game of tug of war.

Bradley Martyn, who is famous for his contribution to YouTube pranksters and lifting everything in sight, and the NELK boys got into a very one-sided battle here with a lion at a zoo.

Personally, this is why I love the NELK crew, if they are not doing YouTube pranks they randomly wake up one day and decide to go play around with some lions. Is it a little childish at times? Maybe. But they always keep you hooked and you just never know what type of stuff they are going to pull next.

When taking a closer look into this clip a couple of things stand out to me, first things first the lion is absolutely toying with what he probably doesn’t even know is considered a real professional bodybuilder. The lion is seen using very little to no energy holding a paw down on the rope while Martyn fights for dear life. But if you take a look at Martyn while pulling this rope I can’t help but be in awe of the fact that he truly looks as if he believes he is going to win this battle.

After initially blaming his early deficit on the sand on the ground, he digs deep and actually takes a stab at coming out of this war on top. We all know how that worked out, the big man got thrown through the ringer here and did not even come close to coming out on top. Regardless of whether he won or lost, I have to tip my cap to the guy for at least giving me some sort of entertainment.