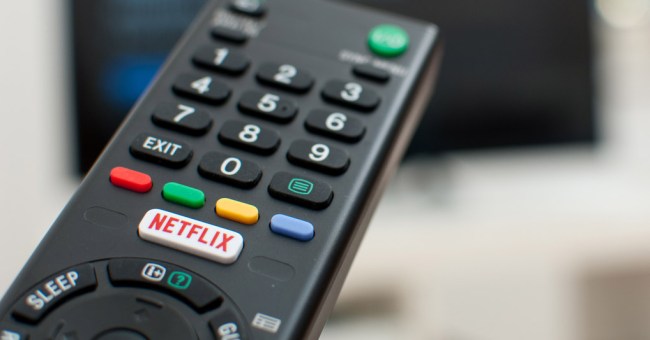 We’re fast approaching the time of year when we shelf all plans and aspirations for Netflix and couch sores. Once the temperature dips below 40, consider me dead. I never viewed this as an “addition” or “way of shutting out reality,” but a 26-year-old man from India’s Netflix obsession has gotten so all-encompassing, he’s been forced to enter a ‘digital rehab’ clinic, marking the first case of its kind in India.

According to Daily Mail, doctors at the National Institute of Mental Health and Neuroscience in Bangalore said the man, who is unemployed (go figure), was streaming movies and television shows for seven hours a day, causing eye strains, exhaustion and an erratic sleeping pattern that was a severe detriment to the man’s health. Studies suggest that the average Netflix subscriber streamed 50 minutes of content a day last year alone.

“Whenever his family pressurized him to earn a living, or when he saw his friends doing well, he would watch the shows on offer continuously.

‘It was a method of escapism. He could forget about his problems, and he derived immense pleasure from it,’ he told The Hindu.

Not to downplay this dude’s problem, which sounds substantial, but this would be the most boring Intervention of all time. And by boring I mean electric. I imagine a family member busting into his room absolutely aghast at him watching Breaking Bad. The two struggle mightily over the remote while the dude tries to tell her he’ll shut it off after he finds out what happens to Walter Jr. Such a 2018 addiction it hurts.