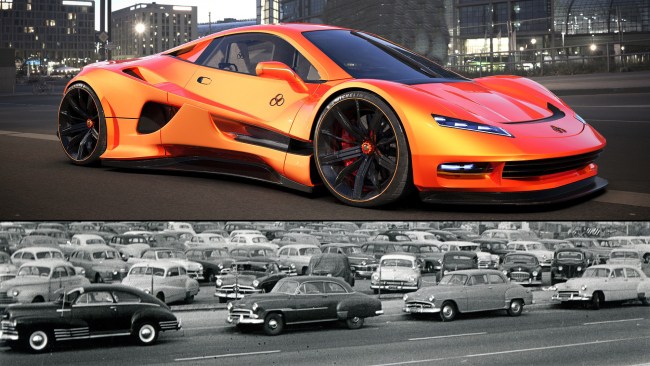 Imagine going to sleep in the 1950s and waking up in 2021. That’s kind of what it is like for 83-year-old Joe Ligon – the United States’ oldest and longest-serving juvenile lifer – who was recently released from prison after 68 years.

Ligon was 15 when he was sentenced to life in prison in 1953. He was convicted of taking part in a string of robberies and assaults that left two people dead in Philadelphia. Ligon admitted to being involved with the group of drunk teens who committed the crime, but says he himself did not murder anyone.

On February 11, Ligon was finally released from prison, walking out of the State Correctional Institution Phoenix in Montgomery County, Pennsylvania, accompanied by a dozen large file boxes – 10 more than regulations usually allow.

“I guess you accumulate a lot of stuff in 68 years,” Bradley Bridge, Ligon’s lawyer since 2006, told the Philadelphia Inquirer.

Joe Ligon was released from Pennsylvania prison yesterday after 68 years. He overcame numerous legal hurdles to release. “Hopefully his release, and the release of the juvenile lifers in general, will cause a reevaluation of the way we incarcerate people.”https://t.co/gLPpKuwMkT

Ligon was released after being resentenced to 35 years to life in 2017 due to the U.S. Supreme Court ruling that automatic life terms for kids are cruel and unusual.

At first, however, Ligon refused to apply for parole, believing that he had served enough time and didn’t want to be restricted when he left prison.

“I like to be free,” he said. “With parole, you got to see the parole people every so often. You can’t leave the city without permission from parole. That’s part of freedom for me.”

Needless to say, the world he is re-entering looks vastly different from the one he left in 1953.

“I’m looking at all the tall buildings,” said Ligon, who spent most of his youth on a farm in Alabama. “This is all new to me. This never existed.”

Eleanor Myers, a senior adviser at Philadelphia’s Youth Sentencing & Reentry Project (YSRP), told DailyMail.com, “As much as the world has changed since Mr. Ligon first went to prison, he has also changed.

His experience in coming back is basically as a new man. He is incredibly cheerful and amazed at the changes in Philadelphia since 1953, in particular the tall buildings.

He has talked about those in his family who are gone and cannot be together for his homecoming. He seems to miss them especially. There is a large community of juvenile lifers who knew Joe for many years in prison. They will undoubtedly become his new circle of friends and supporters.”

One of those supporters will be John Pace, a reentry coordinator at YSRP, who was released from prison four years ago after also receiving a life sentence as a juvenile.

“I have tried to settle his nerves or emotions by helping him to be around familiar people and slowly introduce him to new things – drawing on my own reentry experience while still allowing him with share with me what it is that he wants,” said Pace.