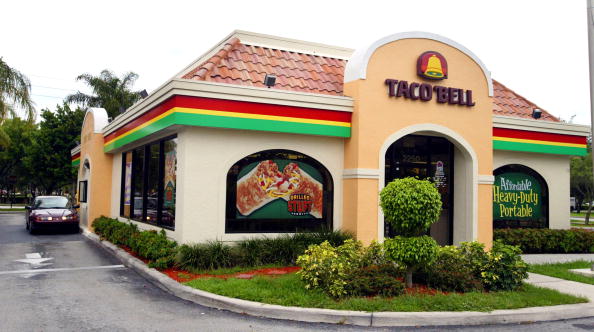 We take you to Oklahoma City, where a man placed an order at his local Taco Bell around 1:30 in the morning. As my nana always said, “Nothing good happens after 2 am at Taco Bell,” and she has never been more correct. Apparently, the Mexican food enthusiast did not receive hot sauce packets with his order and he blew a gasket to say the least.

The man took revenge on the Taco Bell by firing shots at the restaurant because they forgot to give him hot sauce packets. This man doesn’t like hot sauce. This man LOVES HOT SAUCE! The man tried to Baja blast the employees over a packet of fire sauce. He allegedly fired shots through the drive-thru window.

“It appears that there was some type of confrontation with an employee through the drive-thru. A man was complaining about not getting enough sauce, or not getting any taco sauce and was very upset,” Sgt. Gary Knight with the Oklahoma City Police Department said.

Relax Susan, it’s not your personal hot sauce and you’re not getting a bonus from Taco Bell if you don’t hand out hot sauce packets to the paying customers.

Employees of the Taco Bell wanted to be in the last place anyone would think they would be so they quickly retreated to the restaurant’s bathroom to hide from the gunman. Thankfully the man didn’t injure any employees or patrons of the fast-food restaurant. The hot sauce-loving fella entered the Taco Bell to procure some hot sauce for his chalupas and burritos then left. Only a good guy with hot sauce can stop a bad guy without hot sauce.

The gunman left the restaurant and the Oklahoma City Police Department is still currently searching for the suspect.

This is the second scary ridiculous fast-food rage attack in a week. A Florida man (of course) attacked a McDonald’s employee at a location in St. Petersburg after he allegedly didn’t receive a straw with his order. The straw man, 41-year-old Daniel Taylor, grabbed Yasmine James across the counter. In the end, Yasmine has a mean right hand and landed some fantastic punches on the creep. Taylor was arrested and charged with two counts of simple battery.

👊@MCDONALDS ATTACK | This #FloridaMan went from inside the home of the golden arches to behind steel bars after he attacked an employee over a straw.@BriannaVolz has the shocking video in today's #ClickOontheGo: https://t.co/iSif5Bmzfx 📱
.@_FloridaMan pic.twitter.com/NYeEjlqWKJ