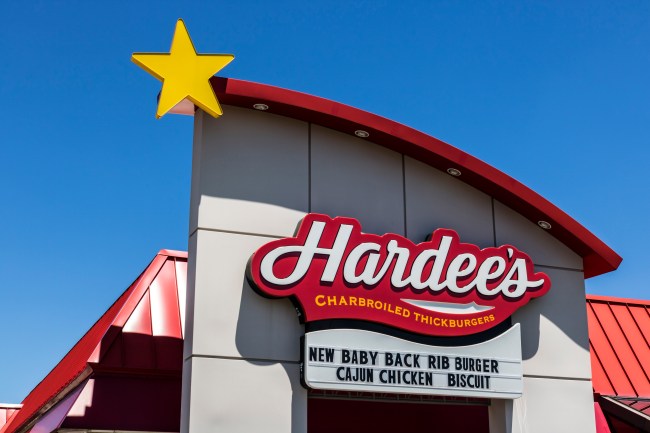 A Hardee’s restaurant in Belmont, North Carolina is in the weeds of a federal lawsuit over:

A.) Paying employees under the state-mandated minimum wage
B.) Unsanitary working conditions
C.) Skimping on one order of hash browns
D.) The angus beef actually being ferret meat

Anyone who’s been unprepared for a test before knows that when in doubt, the answer is always C (Unless there’s an ‘All of the Above’ option, in which case, it’s 50/50).

Yes, this 58-year-old Tommy Martin is suing a Hardee’s restaurant in federal court after he said staff embarrassed him by putting only two Hash Rounds on his breakfast plate and refused to give him more. Two hash rounds is a far cry from 10+ hash browns for a small order featured in this photo on the Hardee’s website.

According to the Charlotte Observer, Martin is alleging that he was the victim of racial discrimination from the location’s manager and felt like he was in a scene from the segregated 1960s.

“It’s not a money issue,” the 58-year-old Martin said in a phone interview Wednesday. “I just want to be treated fairly.”

“The manager came back and said that what you get,” Martin said in the lawsuit about the restaurant on North Main Street in Belmont, N.C. “Got home with tear in mine eye. I have got to do something.”

Martin filed a lawsuit Monday in U.S. District Court in Charlotte and is hoping for a jury trial on his allegations that his civil rights were violated by not getting the same number of Hash Rounds customers typically receive with the order.

If you think this is a ludicrous lawsuit with no shot at winning, remember that a man recently won a gender discrimination lawsuit against a popular brewery that discounted pink beer for females on International Women’s Day. The judge ruled in favor of the man, adding he could have felt “humiliated” and it was “not a pleasant experience for him.”

Justice, man. No one said it was supposed to be fair.