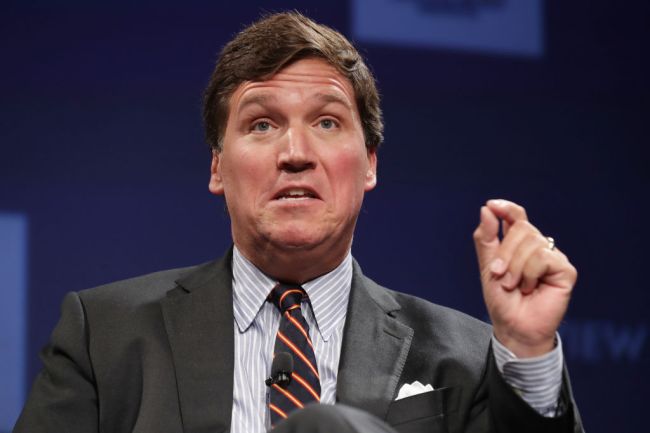 A Montana man has achieved virality after being filmed calling conservative television host Tucker Carlson “the worst person known to mankind” at a fly fishing shop in the area.

In the 25 second video that has now been views tens of millions of times, Dan Bailey confronted Carlson at Dan Bailey’s Outdoor Company (same names pure coincidence) while the Fox News host shopped with his family.

We captioned the video of Montana Man telling Tucker Carlson he is "the worst human being known to mankind" so you can experience it in all its glory.

In a follow-up post after the incident, Bailey accused Carlson of not only spreading misinformation about the COVID vaccine, but perpetuating racism on his extremely popular current affairs program Tucker Carlson Tonight.

It’s not everyday you get to tell someone they are the worst person in the world and really mean it! What an asshole! This man has killed more people with vaccine misinformation, he has supported extreme racism, he is a fascist and does more to rip this country apart than anyone that calls themselves an American. #fucktuckercarlson #stayoutofmontana #democracywillprevail #trumplost

Dan Bailey’s Outdoor Company also posted a statement on their website regarding the incident, condemning the patron for confronting Carlson while also attempting to distance themselves from Bailey’s stance.

“On July 23rd, a well-known television personality, Tucker Carlson, was affronted while shopping at Dan Bailey outdoor company. Coincidentally, the person engaging Mr. Carlson was a local resident named Dan Bailey,” the statement reads. “This person has no affiliation with our business, other than he shares the same name as our founder, who passed away in 1982. To be clear, we treat every customer equally and respectfully. Our staff was professional and cordial to Mr. Carlson, as we are with all of our customers.”

A statement from a FOX News spokesperson provided to Mediaite says: “Ambushing Tucker Carlson while he is in a store with his family is totally inexcusable — no public figure should be accosted regardless of their political persuasion or beliefs simply due to the intolerance of another point of view.”

This is Tucker’s second time going viral in the fly fishing realm. In 2013, he was somewhat rudely approached by a man with a camera while he fished in Central Park, only to engage in a conversation with the dude, who had no idea who he was.

April 2013, Tucker Carlson gets ambushed by some guy looking for a great confrontation to capture on camera.
Tucker turns the whole conversation around and befriends the guy who has no idea who Tucker is.
pic.twitter.com/CGrqsJzJFH