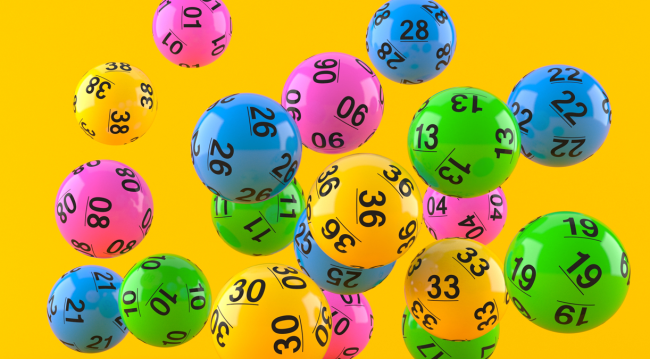 As we have seen, repeatedly, some people truly do have all the luck when it comes to playing the lottery.

Like the guy who won $1 million from a scratch-off lottery ticket… for the second time.

Or the woman who bought 40 identical lottery tickets and they all turned out to be winners.

Or this guy in China who bought 40 lottery tickets, all with the same numbers, all them winning, paying $765K each, and took home $30.6 million.

The man, only identified as Li, was like many lottery winners when they win a big prize and wanted to remain anonymous. And by remain anonymous, Li means not even telling his family that he won over $30 million.

“I have not told my wife or children. I am concerned that they might feel superior to other people and will not work or study hard in future,” he told Guangxi Welfare Lottery officials.

he tries to get rich by playing the lottery instead of working and they're the lazy ones?

He even booked a hotel room in the city and stayed there for three nights before claiming his prize so no one would know where he was going.

That, however, didn’t mean he didn’t want to get his picture taken while holding the giant check. It is, after all, every lottery player’s dream, right?

His solution? Put on some sort of bright yellow mascot costume.

A man who won $30 million on the lottery is keeping the jackpot a secret from his wife and child so they don't get lazy https://t.co/fDSpWqmWv5

“I only won a few dozen yuan in the past. I regard buying the lottery as a hobby, and my family does not care,” Li said. “Plus, I do not spend much money on it, and the lottery provides a ray of hope for me.”

UPI reports that Li already donated around $679,000 to a lottery fund that supports vulnerable communities in China.

Meanwhile, here in America, everyone is convinced that they will be the one to snag the expected $1.5 billion Powerball jackpot this Saturday.

Wednesday’s drawing, the 39th time in a row that no one won the grand prize, produced more than 7.2 million tickets that won cash prizes. Three of them were worth $2 million.