Man Wins $38 Million Mega Millions Jackpot In The Middle Of A Divorce, Ordered To Shell Out Half To His Ex-Wife 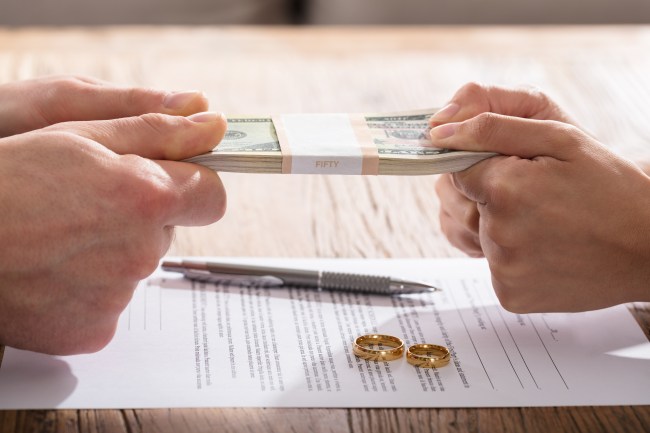 Typically, it’s after someone wins millions in the lottery that all their relationships go to shit. Like this 90-year-old woman who won the $278 million Powerball jackpot only to turn around and sue her own son for mismanaging it.

For a suburban Detroit man, his marriage deteriorated before he hit for $38.8 million on a $1 Mega Millions ticket, but he has a new reason to hate his ex-wife: she’s legally permitted to fleece him for half!

The Michigan appeals court says a marriage isn’t over until it’s over. It means Mary Beth Zelasko can keep $15 million awarded by an arbitrator, although she and Rich Zelasko had been separated for two years when he bought the Mega Millions ticket in 2013. Their divorce wasn’t final until 2018.

In a court filing, an attorney for Rich Zelasko said, “Rich was lucky, but it was his luck, not Mary’s, that produced the lottery proceeds.” But arbitrator John Mills said the ticket was marital property. The couple had agreed to have Mills make certain decisions during the divorce case.

According to the court of appeals decision: “The arbitrator stated, ‘It’s true that defendant spent $1 to purchase the winning lottery ticket, however the dollar spent was arguably marital money and, as such, a joint investment.'” The arbitrator also stated that since Rich purchased many Mega Millions tickets during their marriage, thus “losses throughout the marriage were incurred jointly, so should winnings be shared jointly.”

Rich won the $80 million Mega Millions jackpot, after taxes and deductions, those winnings amounted to $38,873,628.

It’s really hard to feel bad for my man Rich here, but it’s natural to have empathy for a man who has to hand $15 million to his ex solely due to timing and semantics. Poor, poor Rich.