Guy With The Worst Luck On Earth Has Been Hit By Lightning, Bitten By A Gator, Rattlesnake, And More 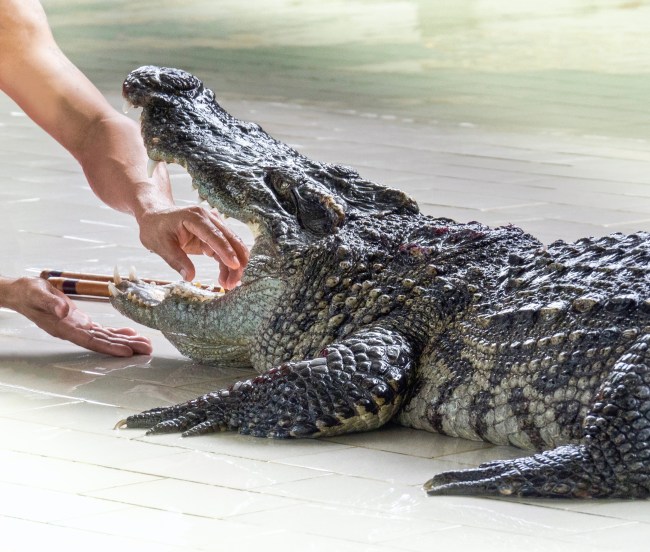 If you are ever struck by lightning and wake up in the hospital one of the first thoughts to run through your head has to be ‘I have the worst luck’. There is an average of 51 lightning strike fatalities each year in the USA (51 deaths out of 325,700,000 Americans) with only 10-30% of lightning strikes resulting in a fatality. I assume that the same is true for anyone who has ever been bitten by an alligator, or bitten by a deadly rattlesnake, or bitten by one of the various deadly species of spiders across the USA.

If you’re Kyle Cook of Lakeland, Florida and you’ve been struck by lightning, bitten by an alligator, bitten by a rattlesnake, and bitten by a Brown Recluse spider with a potentially lethal necrotic venom…Well, if you’re him then you have to stop thinking ‘I have the worst luck of any man alive’ and you need to start wondering how in the hell you put yourself in situations where you’re always getting hurt.

It all started in 2012 when Kyle Cook was struck by lightning while working for a company doing road construction:

Cook said his truck’s left sweeper became stuck in a gutter. He said he left the cab to release a hydraulic line and free the sweeper, and at that moment lightning struck about 10 feet away.
The electricity instantly moved through a puddle and the sweeper’s thick metal bristles and reached his left hand, Cook said. He was knocked backward about 6 feet and rendered unconscious for what witnesses told him was 30 seconds to a minute. (via)

When asked about what it felt like to get struck by lightning, Kyle said ‘it was like Mike Tyson hitting me with a jackhammer in the jaw’.

Speaking with The Ledger, Cook said he needs ‘to get a protective bubble’, and his father said that Kyle Cook is ‘a walking Murphy’s Law’. His dad says when they’re out shopping together he walks on the other side of the mall because calamity follows his son wherever he goes.

Most recently, he was bitten by an Eastern Diamondback Rattlesnake while mowing the lawn of his family’s house:

Cook, using a push mower, was on the final strip of grass at the back of the yard when he detected a loud rattling sound he first mistook for the buzzing of cicadas. Thinking the mower might be emitting the noise, he shut it off — but the rattling persisted.
At that point, Cook looked down and spied the rattler coiled on the ground about three feet from his right foot. The snake, which Cook estimated at 5 feet long with a girth larger than a soda can, occupied an overgrown area at the back of the yard.
Cook said he froze in fear for a few seconds and then stepped back with his left foot, inadvertently stepping on a stick. The stick snapped, he said, apparently provoking the snake, and before Cook could react the rattler struck him just above his right ankle. He was wearing shorts and no socks. (via)

Back in April, he was bitten by a Brown Recluse spider on the job. The bite from a Brown Recluse isn’t immediately painful. It usually swells up and gets progressively worse in the following days. His hand immediately started to swell up and turn red but it wasn’t until about a week later that he went to a doctor to have surgery performed to drain the nasty toxin buildup in his hand. According to the doctor, at that time he was on the verge of osteonecrosis, aka ‘Bone Death’, and if he would’ve waited any longer to have the surgery he would’ve had to amputate his hand.

As for the alligator bite, he says he was bitten by an alligator which he accidentally caught while fishing, but he didn’t really elaborate on that story. He also claims that he’s been stung by stingrays and man-o-wars, and says he’s been bitten by a Burmese python, corn, and indigo snakes.

At some point, someone needs to tell this guy ‘it’s not bad luck, you’re putting yourself into stupid situations.’ Bad luck doesn’t account for being attacked by pretty much every dangerous creature on the planet.

To read the full story about the man with the worst luck on planet earth you can click here to visit The Ledger.