Online Mob Tries To Cancel ‘Mandalorian’ Star Gina Carano For Her Opinions, She Shoots Back 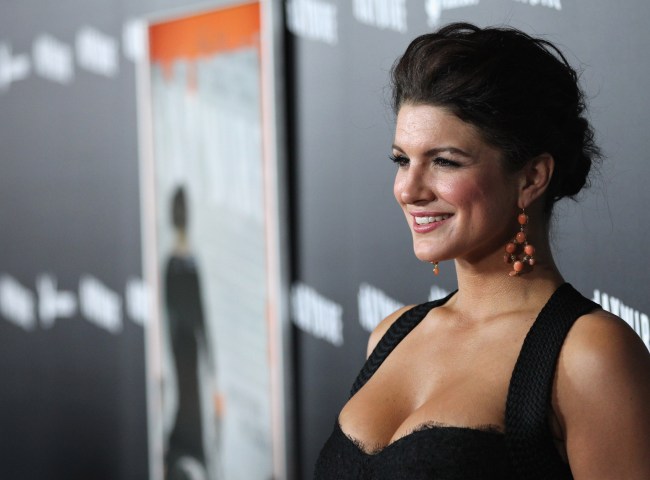 Former MMA star Gina Carano is currently fighting off one of the biggest opponents of her career – cancel culture. An online mob disagrees with Carano’s opinions, so they have agreed to agree to disagree with her. Just kidding! The online mob is actively attempting to get Carano fired from The Mandalorian.

There is a horde of keyboard warriors trying to get Carano canned from the Disney series The Mandalorian because they don’t like her pro-freedom opinions.

Carano posted several conservative opinions recently, including sharing tweets by fellow celebrities Jorge Masvidal and Rob Schneider, who rallied against politicians making lists of their enemies and being against lockdowns. Carano rallied against voter fraud on a general basis, and shared a post that read: “In a world where everyone wears a mask, it’s a privilege to see a soul.”

Last week, a battalion of internet scandalmongers grabbed their torches, pitchforks, and hashtags to demand that Carano be fired from Disney. Soon enough, #FireGinaCarano trended on Twitter as they attempted to get a female action star terminated from an inspiring role.

Carano was completely unfazed and fired back with several tweets showing that she will not capitulate to the outrage mob. Carano shared a video clip of Muhammed Ali’s 1978 speech at the United Nations against Apartheid about a man’s heart.

The former mixed martial arts bruiser also shared a quote from the movie Braveheart, “Your Heart is FREE.. Have the COURAGE to follow it.” The 38-year-old also shared a Tyrion Lannister quote from Game of Thrones.

Carano shared a quote from President Theodore Roosevelt from 1910:

“It is not the critic who counts; not the man who points out how the strong man stumbles, or where the doer of deeds could have done them better. The credit belongs to the man who is actually in the arena, whose face is marred by dust and sweat and blood; who strives valiantly; who errs, who comes short again and again, because there is no effort without error and shortcoming; but who does actually strive to do the deeds; who knows great enthusiasms, the great devotions; who spends himself in a worthy cause; who at the best knows in the end the triumph of high achievement, and who at the worst, if he fails, at least fails while daring greatly, so that his place shall never be with those cold and timid souls who neither know victory nor defeat.”

Then Carano laid the hammer down and expressed what she thinks about her critics with a clip from the show Peaky Blinders. It does not appear that Carano will go quietly into the night.