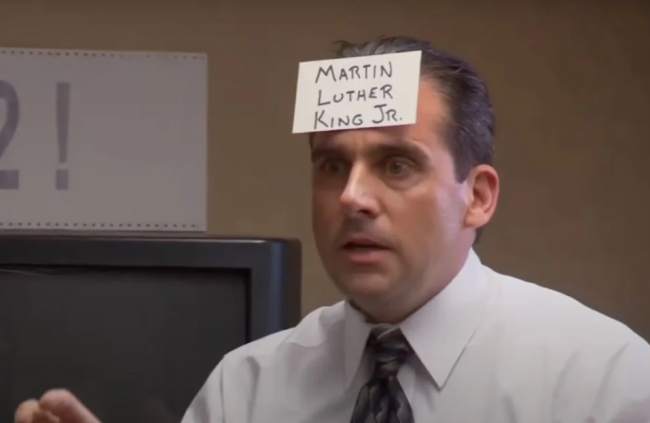 Comedy Central, the self-described “leading brand for all things funny,” and network that airs South Park, Chappelle’s Show, and Workaholics, determined that an episode from NBC’s network television show The Office was too controversial to broadcast on cable. Cancel culture struck again and forced Comedy Central to yank the “Diversity Day” episode of the popular mockumentary from the network.

The second episode of Season 1 originally aired on March 29, 2005. The episode, which was written by B.J. Novak and directed by Ken Kwapis, features Michael Scott being overtly racially insensitive as he attempts to hold a racial diversity seminar. Scott performs a two-bit impression of a Chris Rock stand-up from his 1996 “Bring the Pain” comedy album.

In 2018, Carell warned that the current overly-offended climate makes a reboot of The Office likely “impossible.”

“I think because of [The Office being on Netflix] there’s been a resurgence in interest in the show, and talk about bringing it back. But apart from the fact that I just don’t think that’s a good idea, it might be impossible to do that show today and have people accept it the way it was accepted ten years ago. The climate’s different. I mean, the whole idea of that character, Michael Scott, so much of it was predicated on inappropriate behavior. I mean, he’s certainly not a model boss. A lot of what is depicted on that show is completely wrong-minded. That’s the point, you know? But I just don’t know how that would fly now. There’s a very high awareness of offensive things today — which is good, for sure. But at the same time, when you take a character like that too literally, it doesn’t really work.”

Ricky Gervais, who is the co-creator, co-writer, director, and stars as David Brent of the original British version of The Office, agreed with Carell that the show would be canceled in current times for being “offensive.”

“I mean, now it would be canceled. I’m looking forward to when they pick out one thing and try to cancel it,” Gervais said in a 2021 BBC interview. “Someone said they might try to cancel it one day, and I say, ‘Good, let them cancel it. I’ve been paid!'”

RELATED: Some ‘Diversity Day’ Jokes From ‘The Office’ Were So Extreme That They Can’t Even Be Said Today