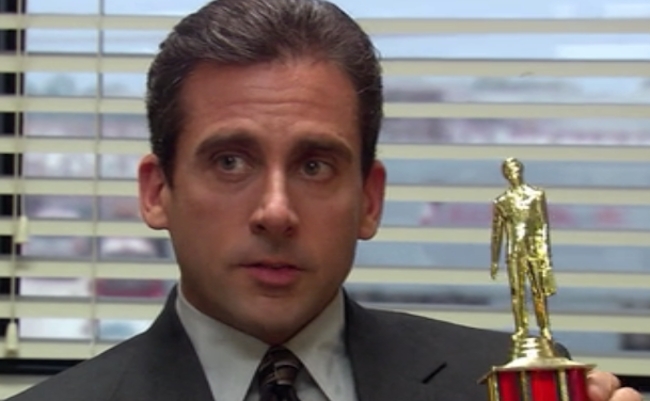 Do you ever feel like culture just kinda reached its high water mark with The Office? Nothing has really topped its popularity – it was the peak of formulaic yet well-written network comedy, with the entire genre falling into a slump that’s it’s never really recovered from. The show has been off the air for over seven years and people still can’t get enough of the show, commanding $100 million per year from NBC’s Peacock streaming service for the next five years.

We basically have an entire section dedicated to after-the-fact, behind-the-scenes factoids and trivia about The Office on this very website.

Look at all these nuggets from Dunder Mifflin-land:

You get the point… The Office is TV pizza – fulfilling cultural comfort food that can be thrown on for a chuckle no matter the time of day or your personal mood. It’s legacy is going to endure for a very long time.

And I’m here to add to the heap, even though my esteemed colleague Connor briefly mentioned this in his post about John Mayer’s Dundie a couple weeks ago. I’m

On a recent episode of the Office Ladies podcast, co-stars Jenna Fischer and Angela Kinsey talked about filming Season 3’s “A Benihana Christmas”. The episode aired on ‎December 14, 2006 and was directed by the late, great ‎Harold Ramis.

On the podcast, Fischer and Kinsey talked to the episode writer, Jen Celotta. Celotta shared that she wrote a joke for Steve Carrell that ended up costing the show quite a bit of money.

Steve Carrell broke out into Eddie Money’s “Two Tickets To Paradise.” Getting the song licensed and cleared by the published for this brief quip ended up costing $60,000.

It blows my mind they kept it in instead of scraping it and doing a quick re-shoot. Have to imagine this was the cheaper option to make the entire episode work.

Here’s a detailed breakdown from Looper: