Maps Reveal The Most Popular Horror Movie Villains In Each State, Which One Is Your Favorite? 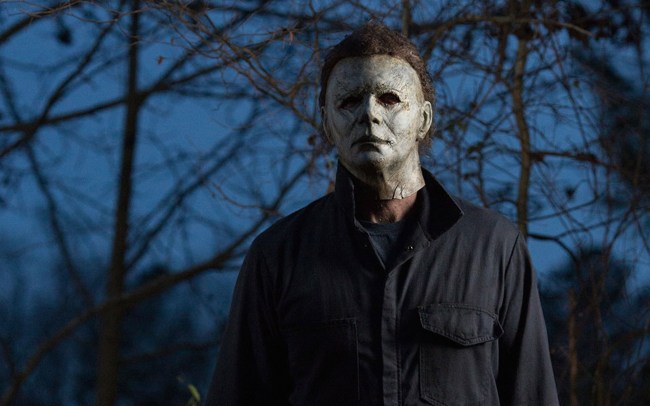 Just about everyone has a favorite horror movie villian. Jason Voorhees from Friday the 13th, Pennywise the Dancing Clown from It, Freddy Krueger from Nightmare on Elm Street, Chucky, Pinhead, Annabelle, Ghostface, Leatherface, so many to choose from over the years.

So, since tis the season and all that with Halloween just around the corner, some folks out there decided to take a crack at finding out which horror movie villains are the most popular in each state in America. Even better, they each created maps of the country showing the breakdown by state.

What makes this even more interesting is that the data used to create these two maps came from two completely different sources.

The first map, created by home entertainment and seating company valenciatheaterseating.com, was made using trends software with direct access to geotagged Twitter data in the month of October and tracked over 100,000 tweets with hashtags about popular horror villains like #michaelmyers, #freddykrueger, #jasonvoorhees, #leatherface, etc. 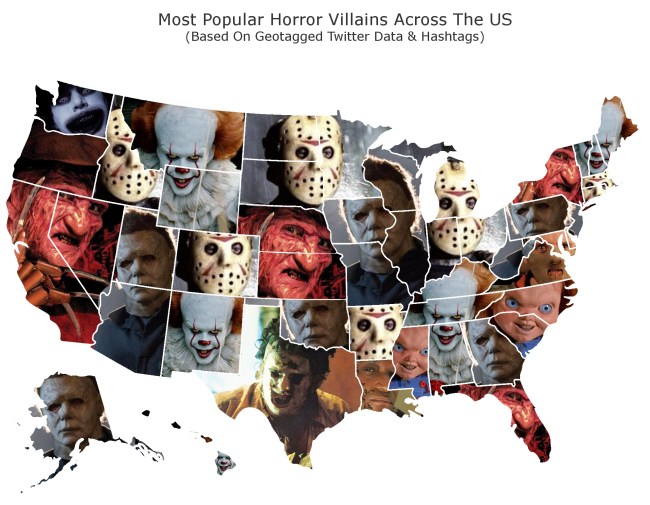 The other study, conducted by frontierbundles.com, was a little different in that they selected 15 popular villains from classic, pre-2000 horror movies and used data from Google Trends over the past twelve months.